Bosko Brkic and Admira Ismic, better known as “Sarajevo’s Romeo and Juliet”, were killed 24 years ago on the Vrbanja bridge by sniper fired from part of Sarajevo under Muslim control when they tried to cross to the part of the city controlled by Serbs. 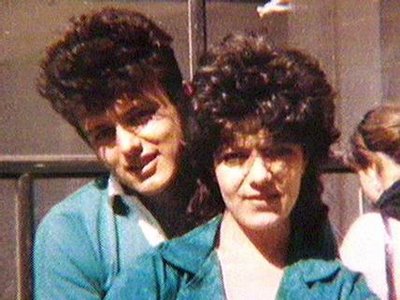 Their murder was falsely attributed to members of the Republika Srpska Army for almost a decade until the testimony by the former operative of the AID, the Bosniak secret service, Edin Garaplija given to the Sarajevo Canton Prosecutor’s Office, who said that Brkic and Ismic were killed on March 18, 1993 by members of the secret Muslim terrorist unit “Larks”.

Garaplija accused Nedzad Herenda, who was the head of “Larks” Unit for some time, and a member of this unit, Dragan Sosic, for this murder.

“The media were told that they were killed by the Serbs. Herenda was precise and said that Dragan and he were on the former “Stelex” building, i.e. the Faculty of Electrical Engineering. Camouflaged, they targeted a young girl and a young boy trying to get across the bridge and reach Republika Srpska,” Garaplija said in 2002.

Bosko’s mother, Radmila, earlier stated that Admira’s father Zijo told a TV crew that he knew who shot them and from where, but that the killers were no longer alive.

“Allegedly, the Sarajevo police have all the information on killers, but will not say it. Why would the Serbs shoot at them when they tried to go towards part of the city controlled by Serbs?” Radmila asked.

According to the witnesses’ statements, both belligerent parties agreed that Bosko and Admira cross the Vrbanja bridge to reach the part of Sarajevo under Serbs control, but the shots from the part of the city under Muslim control broke that agreement.

Bosko was first shot at and was killed immediately. The next bullet hit Admira two steps away from him. Severely injured, Admira used last atoms of her stamina to crawl towards Bosko’s dead body, hug him and die.

Their hugged bodies were lying on a “no-man’s land” for a week. Neither UNPROFOR could or wanted to evacuate them, even after Admira’s father’s appeal to do so. The Army of Republika Srpska did it.

Admira and Bosko were buried in Republika Srpska, but their bodies were moved to the Lion city cemetery in Sarajevo after the war.