He was only thirteen when he doubted the gentlemen speaking on TV, reporting about the evil Serbs in the Yugoslav civil war. As he was growing up, he came upon numerous irrefutable data about it and realized the terrible proportions of the injustice made to the Serbian people. In March 2004, at the age of nineteen, he was terribly shocked while watching the precious Christian sanctities burning in the occupied southern Serbian province. The same year he founded ”Solidarité Kosovo”, humanitarian organization committed to helping endangered Serbs in the province, and has been supporting them since, in all available ways. He has been awarded with the Medal of St. Stefan of Dečani in June this year

One was Swiss, the other French. One was a criminologist, the other safety and environmental protection engineer. One died in 1929, while the other was born in 1985. These two men wouldn’t have anything in common if there wasn’t for Serbia and its tormented people, whom both boundlessly love and are willing to help as much as they can, even more that seems possible at first glance. Just from love, without expecting any benefit. The name of the first was Archibald Reiss and, among the good things he had done for the Serbs and Serbia, is also the founding of the Serbian ”Red Cross”, a humanitarian organization. The latter’s name is Arnaud Gouillon, and he founded the ”Solidarity for Kosovo” (Solidarité Kosovo) humanitarian organization. They both loved the people they helped so much, that they both left their hometowns, Geneva and Grenoble, and chose to live in Belgrade. 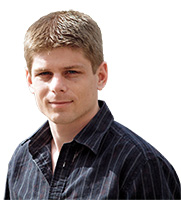 Unlike Reiss, who was invited to Serbia by its government to investigate the Austro-Hungarian, German and Bulgarian crimes against Serbian civilians, Arnaud came to Serbia alone, following the voice of his heart, the voice that overruled all the propaganda presenting Serbs as monsters, almost cannibals, during the previous twenty years. And while many people, older and more educated than him, accepted the served images without reserve, already at the age of thirteen, Arnaud knew that the truth perhaps isn’t as shown on TV.
”The traditional feeling of friendship towards Serbia was strong in my family, as in many other French families. We are bonded with the heritage of World War I, the heritage of military history, Christian culture, simply the historical heritage. The French political leaders, however, decided to participate in the bombing of Serbia in 1999 and thus broke that friendship. I was only thirteen at the time and still too young to act, b 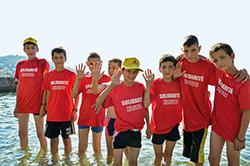 ut I understood the stake in the war I was disgusted with. The horror of the pogrom against the Serbs in 2004, when I was nineteen, initiated my brother and me to found a society through which we would help the Serbs in Kosovo materially and, what’s more important, morally, especially those who live in the enclaves”, says Arnaud Gouillon for National Review.
And so it was – immediately after the terrible violence before the eyes of international forces, which came to protect the peace in the southern Serbian province, without any previous experience in humanitarian work, without knowing anyone neither in Kosovo nor in the rest of Serbia, Arnaud initiated this project. Already in December that year, he started off on a journey to the unknown, more than 1.700 kilometers long, through snow and ice, to bring Serbian children in Kosovo Christmas gifts and make the gloomy reality of everyday life in a ghetto at least a bit nicer.

After the first visit to Kosovo, Arnaud and his associates got an even bigger motive to confront all the problems they stumbled upon and to overcome them – from different administrative obstacles to misunderstanding and prejudices of their compatriots. According to his words, the encounters with Kosovo Serbs gave him strength to endure, from the refugees attempting to return to the village of Žač near Istok, who often get gunfire from their Albanian neighbors, four older women from Đakovica, the last witnesses of Serbian presence in that region, to the monks of the Visoki Dečani monastery, whose courage and exemplariness perfectly fit into the refinement of their philosophy. The strongest motive for Arnaud, however, are all those children living in Serbian enclaves, who play and laugh in the snow just like any other children, with mothers courageous enough to raise them in the land of their ancestors, despite the fact that running away would be so much simpler.
”I see all those people as examples of dignity. Thanks to them I have a wish to be more engaged in aiding the Serbian population in Kosovo and Metohija”, says this young man.
He emphasizes that the Serbian people in Kosovo and Metohija are not ”passive and waiting for help with their hands crossed” but ”proud people who fight for dignity and life in freedom”. 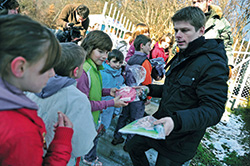 ”Solidarity for Kosovo” today has more than 5.000 donors, mostly French. Thanks to their gifts, it is able to organize humanitarian convoys several times a year with aid for schools, children, refugees – the most vulnerable inhabitants of the holiest Serbian land. There have been about twenty such convoys up to now. The latest delivered ten tons of food products on St. Vid’s Day this year went to the public kitchen ”Mother of the Nine Jugovićs”, which daily feeds about 3.000 Serbian families from Kosovo. Along with this aid, since 2011, ”Solidarity for Kosovo”, together with the Eparchy of Raška and Prizren and Bishop Teodosije, has financed several humanitarian projects. One of them i 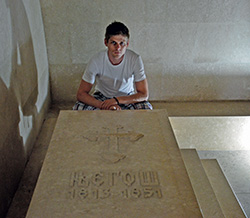 s the founding of a humanitarian office in Gračanica, which is completely, including one vehicle, computers and salaries of the staff, financed by money collected in France.
Besides, in August this year, ”Solidarity for Kosovo” organized a vacation in Montenegro for forty Serbian children from the enclaves, who have never had the opportunity to see the sea and to, as Arnaud says, ”at least for a moment forget about the ethnical and religious apartheid they’re living in”.
During this summer, a Serbian school was renovated near Kosovska Kamenica, completely surrounded by Albanian villages and severely damaged in the previous winter due to unfavorable weather conditions.

SUPPORT, CONSOLATION AND OTHER GIFTS 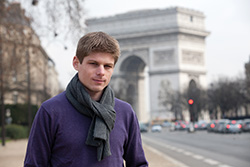 Besides fighting for making the life of Serbs south of the Ibar easier, ”Solidarity for Kosovo” also fights on the French media front, attempting to inform their public about the drama taking place only two hours of flight from Paris. They organize media campaigns, conferences, exhibitions, while there is also a magazine dedicated to the situation in Kosovo. A ten-day exhibition of drawings made by Serbian children from Kosovo was organized in 2009 in the Russian cultural center in Paris.
Both their humanitarian work and this form of fighting have already had success. Thanks to their engagement, the French public was informed in detail about the extremely difficult humanitarian situation of the Kosovo Serbs through numerous media, among them the famous Figaro magazine, the prestigious magazine on culture Le Spectacle du Monde or the popular female magazine Eclectic.
”Solidarity for Kosovo” also intends to present the report on the humanitarian situation in the southern Serbian province in the European Parliament.
”Besides concrete material aid we deliver, we also attempt to give moral support to the Serbian people in Kosovo. Isn’t that basically the most important thing? To gather a group of French people who will cross Europe through snow, sometimes dangers, to get to some tortured, isolated, forgotten village and offer support and consolation to those unfortunate people, is a bigger achievement and more important symbol than the humanitarian aid itself. Giving a toy to a child for Christmas perhaps doesn’t make a revolution, but it is certainly a sign of strong support to an entire nation, and the smile we get in return is worth all the efforts and troubles we go through in order to reach Kosovo”, says Arnaud.

Arnaud Gouillon and his associates from ”Solidarity for Kosovo” are neither the first nor the last Frenchmen who openly and clearly stood on the side of Serbia in the last twenty years. There are many such examples, but it would be difficult to list them all. Arnaud and his associates are remarkable for the fact that their actions are more visible and tangible than, for example, the act of several French soldiers from KFOR, whom the author of this text had the opportunity to meet. After their stay in the southern Serbian province, the soldiers realized the injustice made, so they abandoned their military career and are now attempting to change the image of Serbia in their environment. Arnaud explains it with the fact that a number of people are aware that Serbia today, like in 1389, is one of the first ramparts of European culture and tradition. 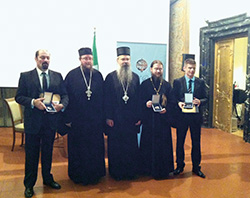 ”The things happening in Kosovo are not only the problem of Serbs. It is a European problem concerning all of us. Kosovo is not only the heart of Serbia. Because of its monasteries, its history, its geographical position, Kosovo is also the heart of Europe. Taking the side of our Serbian brothers, we also protect and defend a part of our joint European and Christian culture. Abandoning Kosovo and the Serbs would be abandoning ourselves”, says Arnaud Gouillon.
The inscription on the Monument of Gratitude to France in the Belgrade Kalemegdan – We love France as it loves us – today, unfortunately, loses its meaning and depth due to the actions of French authorities. However, thanks to Arnaud Gouillon and many similar to him, it can certainly be replaced with a new, even stronger one: We love the French people as they love us. On the other hand, the Serbs should do everything not to treat their present friends, such as Arnaud, as ungrateful as they have treated his famous predecessor Archibald Reiss.

Sports as a Way
”Solidarity for Kosovo” established a partnership with several sports clubs from Kosovo and Metohija, such as the judo club from Kosovska Kamenica, boxing club from Kosovska Mitrovica, as well as the football clubs from Banja and Šilovo. This form of activity is especially important for the French organization because, as they state, ”the Serbian youth in Kosovo is exposed to the greatest temptations of a post-war society, such as alcohol and drugs, and sports is one of the best ways to prevent their falling into these devastating vice”.