Croatian Jews have held their own Holocaust commemoration at a World War Two death camp, in protest at what they say is government inaction in the face of surging neo-Nazi sentiment.

About 300 Jews went to Jasenovac a week ahead of the official ceremony.

Jewish association chief Ognjen Kraus said the snub was a warning to the new centre-right government, which took power in January.

Tens of thousands died at the camp known as the “Croatian Auschwitz”.

The death camp – whose victims included Jews, Serbs and Gypsies – operated under the Ustashe regime, which ran Croatia as a Nazi puppet state. 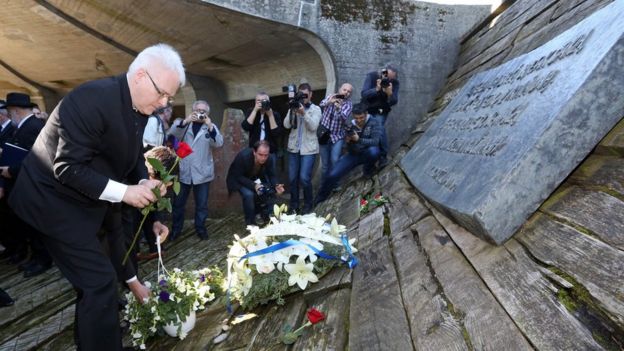 However, activists say some Croatians see the Ustashe as the country’s founding fathers and play down their crimes.

“This is an avalanche that has been rolling for more than a year,” said Mr Kraus, president of the Co-ordinating Committee of the Jewish Communities.

In January, ultra-nationalists shouted pro-Nazi slogans at a rally attended by thousands of people, including Deputy Parliamentary Speaker Ivan Tepes.

Similar slogans were also chanted during a football match between Israel and Croatia in March, attended by Prime Minister Tihomir Oreskovic.

Three-quarters of about 40,000 Croatian Jews were killed by the Ustashe and Jews now make up less than 1% of the population.