Ledana Cave is a speleological site located on the southern slopes of Bobija Mountain, in the municipality of Ribnik, and is officially the largest ice underground facility cave in Republika Srpska, BiH. 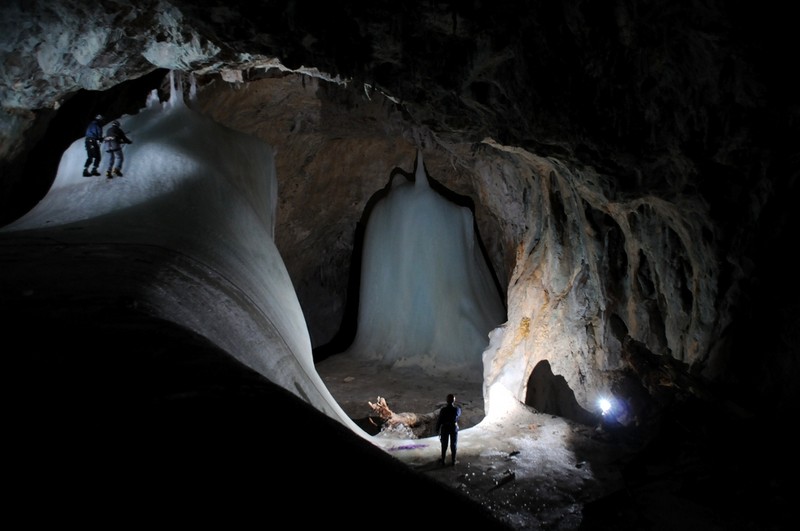 Ledana Cave is located 15 km from Ribnik, more precisely in Vučija poljana and is considered a hidden treasure, and underutilized tourist potential.

The cave is located at over 1200 masl and is surrounded by lush coniferous forests. The interior of the cave, which is 180 meters deep, has not yet been sufficiently explored and represents speleological phenomenon interesting for exploring.

During the winter months the large amount of precipitation accumulates in the cave and turns into ice due to the low temperatures. These amounts of ice and snow in the interior can also be maintained during the summer months. That  is why the cave got the name Ledana (Led – eng. Ice).

This cave is under the protection of the Institute for the Protection of the Cultural, Historical and Natural Heritage of Republika Srpska, and belongs to the natural assets of category III (natural monument or feature).