Home Sports Novak Djokovic: how a kid from war-torn Belgrade beat the odds

Novak Djokovic was just 11 years old and asleep in his bed in Belgrade when a loud explosion, followed by the sound of shattering glass and air raid sirens woke him up.

It’s March 24, 1999, and the air strikes on the Serbian capital.
While his father, Srdjan, helped his mother, Dijana, who temporarily lost consciousness after hitting her head against the radiator following the first explosion, Djokovic searched for his brothers, eight-year-old Marko and four-year-old Djordje, in their pitch dark apartment.
“At 11, I was the big brother,” the top-ranked Serb wrote in “Serve to win,” his 2013 autobiography. “I’d been holding myself responsible for their safety ever since NATO forces started bombing my hometown of Belgrade.”

Two decades on, the now 32-year-old Djokovic is the favorite to win the US Open, which starts August 26 in New York. Such has been his dominance in the past year, he has clinched four of the last five slams. He now holds 16 majors, just two shy of Rafael Nadal of Spain, and four behind men’s Grand Slam record holder Roger Federer of Switzerland.
His journey from war-torn Belgrade to the top of the men’s game has been nothing short of remarkable.
In the introduction to his autobiography, Djokovic explained how the odds were heavily stacked against him.
“A boy like me, growing up in Serbia, becoming a tennis champion? It was unlikely in even the best of circumstances. And it became ever more unlikely when the bombs started dropping,” he wrote.

In the first chapter of his autobiography, titled “Backhands and Bomb Shelters,” Djokovic vividly recalls the night that changed his life forever.
After Dijana regained consciousness, the Djokovic family entered the unlit streets of Belgrade and tried to make their way to the nearby apartment building of an aunt’s family, which had a bomb shelter.
While his parents ran down the streets, holding his younger brothers, Djokovic suddenly found himself all alone after he fell flat on his face in the street.
“And then it happened,” Djokovic wrote. “Rising up from over the roof of our building came the steel gray triangle of an F-117 bomber.”
“What happened next would never leave me,” he said. “Even today, loud sounds fill me with fear.”
The bomber dropped two laser-guided missiles right over his head, which struck a hospital building a few streets away.
“I remember the sandy, dusty, metallic shell in the air, and how the whole city seemed to glow like a ripe tangerine,” Djokovic said in his book.
The streets now covered in light, Djokovic spotted his parents and brothers in the far distance, and chased after them until they all reached the concrete shelter safely.
There were about 20 families hiding in the shelter.
“There were children crying. I didn’t stop shivering for the rest of the night,” Djokovic said in his book.
In a 2015 interview with CNN television, Djokovic recalled the bombing campaign, during which he and his family would spend each night in the shelter from 8 p.m., and only had electricity for a few hours each day.
“Those times are certainly something that I don’t wish for anybody to experience,” he said. “Two-and-a-half months, every single day and night, bombs coming into the city. We saw planes flying over our heads, and literally rockets and bombs landing half a mile away.” 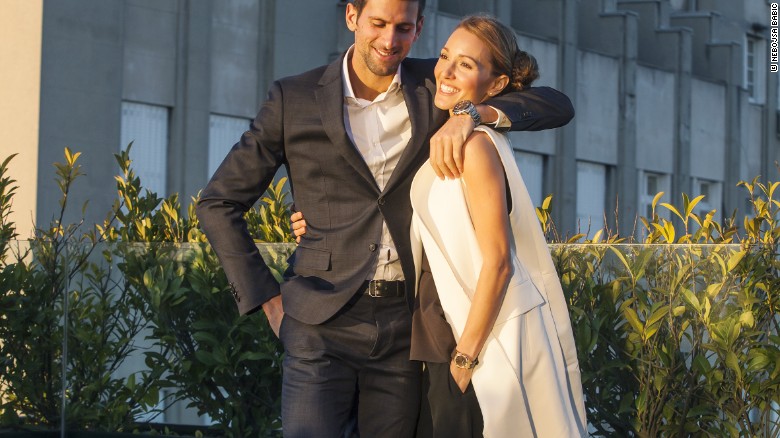 Djokovic pictured with his wife Jelena

Until that dark spring night in 1999, Djokovic had enjoyed what he called in his autobiography, a “magic childhood.”
His father Srdjan was a former pro skier and Djokovic first started playing tennis at the age of four. No one in his family had played the sport before.
Djokovic, who spent large parts of his youth in the small Serbian mountain resort of Kopaonik, where his parents ran a pizza parlor, told CNN television in 2014: “It was kind of like a destiny. Something that just happened out of the blue. I saw the tennis court and I saw tennis on TV when I was four. My father bought me a small tennis racket and that’s when I think we all fell in love with the sport.”
At the age of six, he was spotted in Kopaonik by the late Serbian coach Jelena Gencic, who had worked with Serbian-born former world No. 1 and nine-time major winner Monica Seles of the US. Soon after, Gencic told his parents Djokovic was “the greatest talent I have seen since Monica Seles.”
The pair would work together for five years, during which Gencic taught her pupil many life lessons. Djokovic was so grief-stricken when he heard of her death during the 2013 French Open, he canceled his post-match press conference. 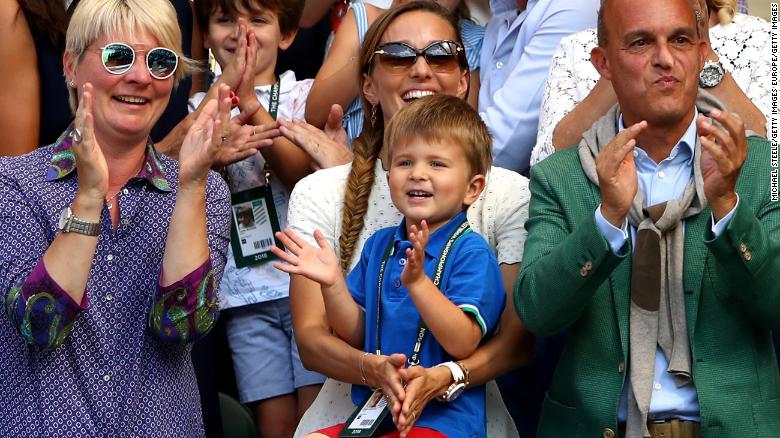 Although the bombing raids could easily have ended his tennis career, it put life in a completely different perspective, Djokovic told CNN television in 2015.
“It gave me much more appreciation for all the values that I have in my life,” he said. “From tennis to whatever. I know what it feels like being without anything more or less, and then being on top of the world in this very global and popular sport in the world. So this contrast gives me the right perspective in life.”
Although Djokovic said in his autobiography the relentless bombing campaign, the largest military operation in NATO history, left him feeling “helpless,” it didn’t stop him playing tennis. 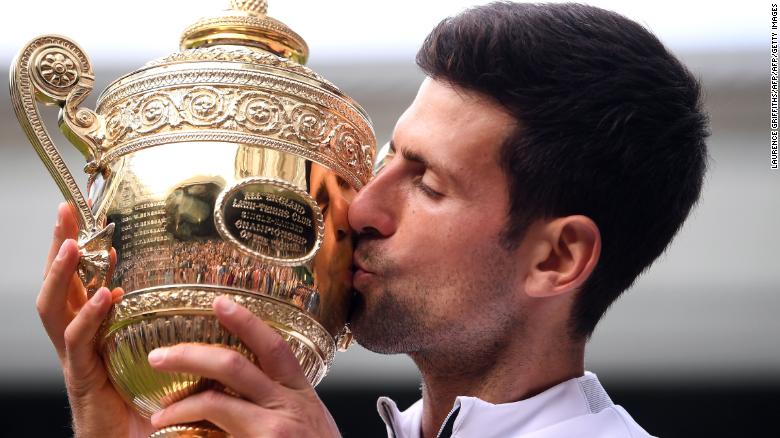 Serbia’s Novak Djokovic kisses the winner’s trophy after beating Roger Federer in a five-set epic final at Wimbledon last month.
In fact, Djokovic stepped up his training sessions during the 11-week campaign. He practised for up to five hours a day at sites across Belgrade chosen by Gencic, based on where the most recent bombs had fallen, in the hope NATO planes wouldn’t target the same place twice.
From being paralyzed by fear initially, something changed as the strikes continued, Djokovic said in his book.
“We decided to stop being afraid,” he said. “After so much death, so much destruction, we simply stopped hiding. Once you realize you are truly powerless, a certain sense of freedom takes over.”

On June 10, 1999, the air strikes ended.
In September of that year, the now 12-year-old Djokovic left Serbia for Munich, Germany, to train at the tennis academy of former Yugoslav pro Niki Pilic. He would turn pro four years later.
In 1994, the then seven-year-old Djokovic appeared on Serbian TV, confidently telling his interviewer: “The goal for me is to become the world No. 1.“
Seventeen years later, he became the first Serbian player to rise to the No. 1 ranking on the men’s ATP Tour after he won his first Wimbledon title.
Source: cnn