Serbian Prime Minister Aleksandar Vucic is in Moscow this Thursday, where he has met with President Vladimir Putin.

The Serbian government said in a statement that Vucic and Putin discussed “further improvement of political and economic relations between the two countries.”

“The two leaders concluded that the sincere and true friendship between Serbia and Russia peoples must be confirmed in the future through even more concrete and successful cooperation in all spheres of social life,” the statement said.

During the meeting, Vucic thanked the Russian president for his country’s support in preserving Serbia’s territorial integrity.

According to the official website of the Russian president, Putin congratulated Vucic on his party’s recent election victory, and spoke about Serbia’s future government. 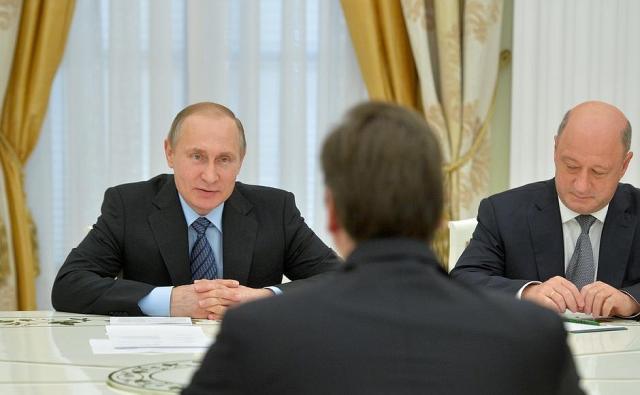 “I know that the new government will be formed very soon,” Putin said, and continued:

“I hope that whatever new government’s composition, it will give a worthy place to people who give serious attention to developing the relations between the Russian Federation and Serbia. I hope that we will continue our work to strengthen our bilateral ties and continue our efforts to build up our political cooperation, our economic ties, and our work together on the international stage. We are pleased with your victory and congratulate you on this event.”

Vucic thanked the Russian leader for “the warm welcome,” and added:

“We will do everything we can because our relations with the Russian Federation have great importance for us. We particularly value your personal contribution to developing the relations between our countries and strengthening our ties in all areas.”

Vucic also said that Serbia’s new government would be formed by mid-June.

“We will have the new government formed by mid-June. We consider it our honor and duty to do everything we can to continue developing our relations with the Russian Federation in all areas, in the economy and in the political sphere. Of course, our economic cooperation is the priority,” the Russian president’s website quoted him as saying.

Vucic was on a three-day visit to Russia in November 2015, when he met with Putin, but also with Russian Prime Minister Dmitry Medvedev and members of his cabinet, and opened a business forum.

Vucic’s trip to Moscow this Thursday was not announced, but the prime minister last week received Russian Ambassador Aleksandr Chepurin, when they discussed “the very high-level relations between the two countries, and further cooperation on preserving Serbia’s sovereignty and independence.”