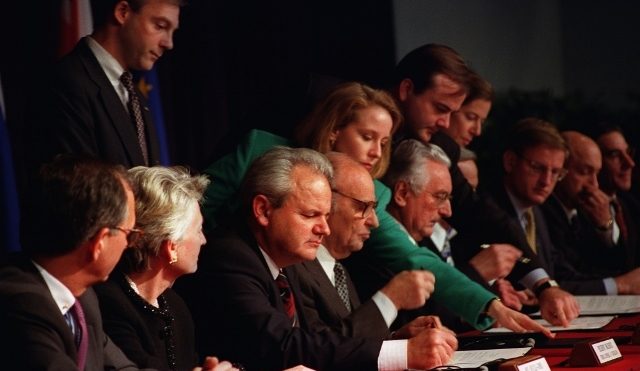 The General Framework Agreement for Peace in Bosnia and Herzegovina was signed on the 21st of November in 1995 at the Wright-Patterson Air Force Base in Dayton. With this agreement the war in BH was ended and a constitutional order was established.

It was initialed in the presence of the then Secretary of State Warren Christopher, U.S. agents Richard Holbrooke and Gen. Wesley Clark.

The Dayton Agreement was officially signed on the 14th of December in 1995 at the Elysee Palace in Paris.

The 21st of November is a public holiday in Republika Srpska.