A monument of nature Orlovaca Cave, which is located in the village of Sumbulovac near Pale and includes a half of a kilometer of the arranged cave canyon, was opened for this tourist season.

“We started with a project that included cooperation with primary schools last year and the number of visitors was increased on that basis. I would like to thank the guides and school directors who enabled participation of children in this project,” stated the Associate for the cultural-historical and natural goods of the Municipality of Pale, Mladen Samardzic.

According to him, the visits to this cave will be conducted from Tuesday to Saturday at 9 AM, 12 PM and 3 PM, and the price of tickets will be amounting from 2 to 4 BAM. 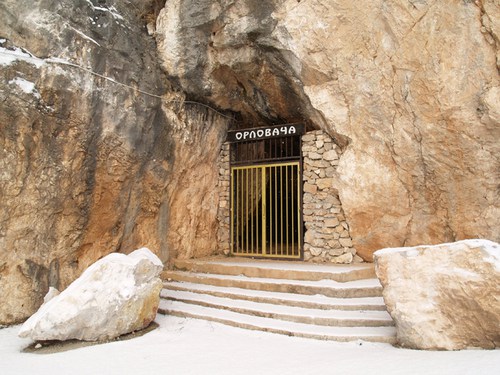 Director of the Tourist Organization of the City of East Sarajevo Igor Tosic stated that the city is very rich in tourist contents, and the opening of the season in the Orlovaca Cave belongs to this.

“The importance of this resource is huge due to a large number of excursions, passers-by and tourists and we are recognizable because this is one of the most beautiful destinations,” stated Tosic.

Orlovaca Cave represents an outstanding speleological object, and a cave bear lived in it 16,000 years ago, which is an ancestor of a brown bear, and the bones of a cave bear were found 400 meters from the entrance to the cave.