The first flight of the Ryanair Airlines from Stockholm to Banjaluka landed today at Banjaluka Airport. 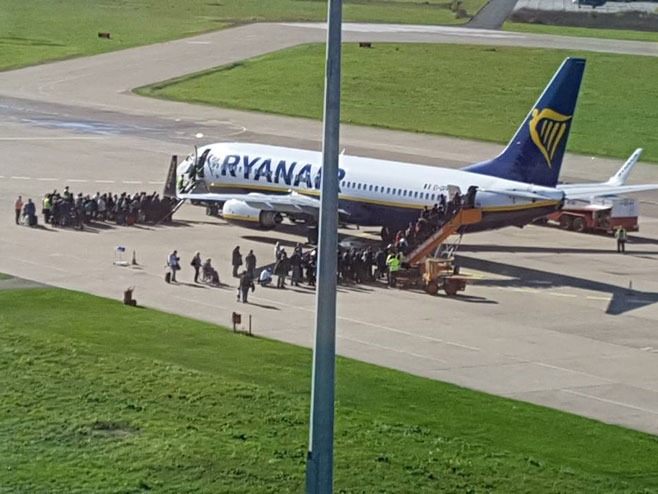 A solemn welcoming party was organized at the Airport, and it was attended by Republika Srpska Prime Minister Zeljka Cvijanovic, the Minister of Transport and Communications, Nedjo Trninic, the Minister of Trade and Tourism, Predrag Gluhakovic, the Ambassador of Ireland for BiH based in Ljubljana, Myles Geiran, the director of the Banjaluka Airport, Dusko Kovacevic, Banjaluka Mayor Igor Radojicic, Prijedor Mayor Milenko Djakovic, Laktasi Mayor Ranko Karapetrovic, and Prnjavor Mayor Darko Tomas.

In addition to the capital of Sweden, Ryanair will also connect Banjaluka and Srpska with Brussels in Belgium and Memmingen in Germany.

The Republika Srpska Prime Minister earlier said that Banjaluka Airport has excellent prospects to become a regional airport and that she sees a huge chance to boost the local economy, tourism and passenger traffic through the development of this airport.

Cvijanovic said that a great number of people, who earlier used other airports, such as Sarajevo, Belgrade and Zagreb Airports, will be able to use Banjaluka Airport.

Trninic said that in addition to Ryanair, some other companies also demonstrated their interest in cooperation.

“I hope that passengers, businessmen, our workers abroad and tourists will demonstrate great interest and that the number of destinations will be increased,” Trninic said.