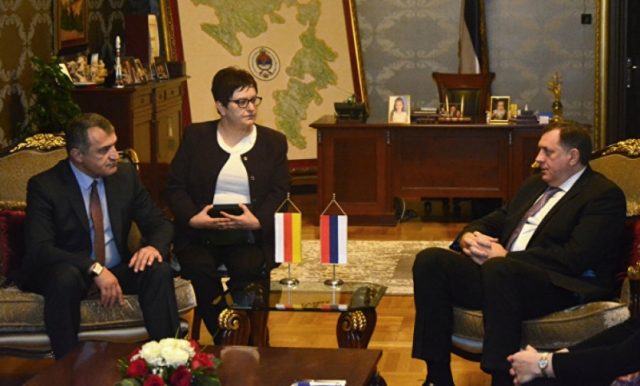 President of South Ossetia Anatoly Bibilov said South Ossetia and Republika Srpska share a very similar path and almost the same historical periods in which they defended their national identity and protected their people’s interests.

“Unfortunately, it all had to do with war and destruction and the West’s failure to understand what we wanted,” Bilibov told in Banjaluka following a reception hosted by President Milorad Dodik for the Day of Republika Srpska.

According to Bilibov, it was impossible to thwart South Ossetia’s cause, the country which was moving forward and came to being recognised as a state.

Just like the Serbs live in Serbia and Republika Srpska, the Ossetians live in North and South Ossetia, he said, and added that politicians there are trying to unite the people of Ossetia.