Home Entertainment Backpackers’ experiences: The best thing in Banja Luka are the people 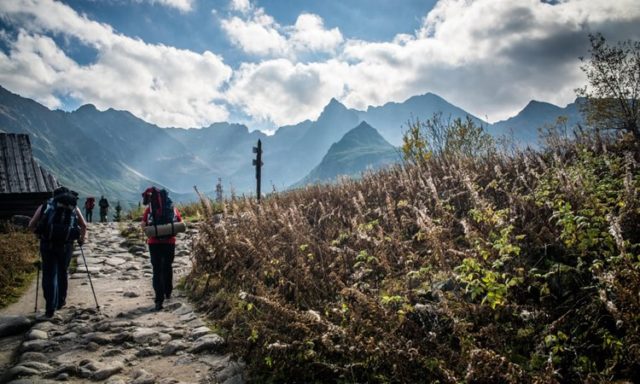 Many of travel’s magic moments come on backpacking trips, when random situations provide a route to adventure. From China and Chile to Sudan and Slovakia, readers share favourite discoveries.

Winning tip: Night train to Siping, China
The sleeper train journey from Beijing to Siping in Jilin province takes about 11 hours. I was sort of swept to the right compartment by a combination of conductors and passengers. My bunk was the topmost of three and I was halfway up there when a yank on my foot brought me back down again: a fellow passenger wanted to make it clear that I really should take off my shoes. I was then shooed back up the ladder once more. During the night, marching music was piped over the speakers at regular intervals; and at stations, food vendors dangled dried chicken feet and baskets of dumplings through the windows on long sticks.

Camping on the motorway, Chile

This is a rather specific recommendation. It only occurs once a year, on 7-8 December – but for just over 24 hours, the vast majority of Ruta 68, a motorway running from Santiago to Valparaíso, is shut down, with no cars in sight. The roads are filled with cyclists and walkers, all making their way to an otherwise insignificant church in Lo Vásquez to mark the feat of the Immaculate Conception. Most people camp overnight, curling up on the hard shoulder, or just carry on walking. I stayed a night in a motel in Curacaví, not particularly fancying braving the cold concrete alone. If you want to understand Chilean culture, meet local people, see the slightly apocalyptic sight of bundled-up people huddling together along an empty highway at dawn, mark next December in your calendar for a trip to South America. Sleeping in a pyramid, Sudan

It was lucky that the bus broke down. By the time a replacement had arrived, it was well after sunset and my two backpacker friends and I were unceremoniously dropped off on the side of a Sudanese highway. The bus driver pointed into the desert and told us to “walk that way”. Ten minutes later we saw them; the Pyramids of Meroë. Under the full moon they appeared like tiny fingers reaching to the sky. Of course, there was no one around to take the entry fee, so we did the only thing one can do in these circumstances and jumped the rickety fence that encircled the site. We meandered through the site for hours, before breaking to eat the tuna sandwiches we had brought along, our sustenance for the evening.

Then we had to think about where to sleep. As far as we knew there was only one warm place to sleep in the vicinity and that was inside a pyramid – so that’s what we did. After checking for creatures we lay down and eventually nodded off.

We slept well on the sands in our low-ceilinged room, a few metres above the remains of Nubian royalty. When the sun rose we got back to the highway and hitchhiked our way back to the capital before anyone knew we had been there.

A haircut in Delhi

We first took our sons backpacking when they were nine and six years old. On the first evening of the first trip, in a packed market in Old Delhi, they had their hair cut by a young lad in a small shack. They loved it, and ever since, whenever we go to a different country, it’s imperative we find a little shack or room down a back alley to get that special and cheap cultural experience. Preferably, the barber will not speak any English, which only adds to the entertainment. I can’t remember one haircut that hasn’t been fun.

Last summer we took the train from Zagreb to Banja Luka, the capital of Republika Srpska, an eight-hour trip with loads of stops. But Banja Luka is incredible! It was hot and sunny everyday and its river, the Vrbas, is a torrent of clean ice-cold water. There are even hot springs to swim in at night. The best thing, however, are the people. Many asked, “Why are you here?” but were extremely hospitable, friendly and funny. We made many friends just by walking down the street speaking English. The region has a bad reputation, garnered from the terrible civil war years, but people were non-threatening and often wanted to discuss the recent past. On the day we arrived there was an electronic music festival called Fresh Wave held in the 500-year-old city castle. It cost €15 for three days and was so friendly; people would stop and talk to us and offer us rakija when hearing that we were foreign. The contrast between the past, present, young and old of this place made it the most incredible backpacking experience I have ever had.

The 650km Rim of Africa trail follows a line of intertwined mountain ranges through the Western Cape province of South Africa, from north to south, eventually turning east, between the towns of Clanwilliam and George. The scenery is epic, and so is the route. Hikers are traversing one of the most botanically diverse areas on the planet, and a dazzling variety of plants surprises at every turn. Fantastic rock formations, crystal-clear streams, and great guides make this an absolutely memorable walk. In full, the trail takes about 56 days to complete or it can be done in nine distinct sections each taking about a week.