Home News Bishop Sergije: Milošević Cannot Forgive on Behalf of Those Who Were Put... 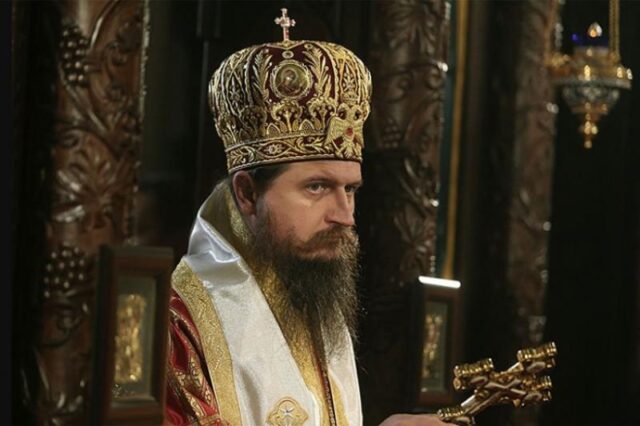 His Eminence Bishop of Bihać-Petrovac and Rmanja Sergije has said that the Deputy Prime Minister of Croatia from the ranks of Serbs Boris Milošević, who attended today’s Croatian celebration in Knin on the occasion of 25 years since the criminal action “Storm”, can forgive in his own name and in the name of Milorad Pupovac, but not in the name of those who were put on mourning by Croatian state and army, killing the life and the future of the Serbs there.

“`Storm` is one of the greatest tragedies of our people, a wound that does not heal, pain that hurts again. `Storm` is an ethnic cleansing of a nation, a crime without punishment, the twilight of humanity, but also the completion of Pavelić ‘s plan. The work which began in 1941, was completed in 1995, with the silence of Europe, with the folded arms of Serbia, with the disinterest of too far Russia”, Bishop Sergije pointed out in his sermon published on the website of the Diocese of Bihać-Petrovac.

Bishop Sergije has stated that the few Krajina Serbs gathered their thousand-year existence in a bundle and set off on a journey to nowhere on a tractor, that left by all at least save their lives before the invasion of some new Ustashas.

“The intentions of the Croatian state authorities were clear – to expel the entire Serb population, immediately and forever, which is confirmed by the Brioni transcripts. On the other hand, the transcripts of the Supreme Defense Council in Belgrade confirm the complete disinterest of the then Yugoslav authorities to protect their people”, said Bishop Sergije.

Bishop Sergije emphasized that the Krajina Serbs, in the gap between the savage Ustasha movement and the Serb`s discord, paid with the pogrom, sealing the desire for freedom with the refugees, wandering through the desert of abandonment like the people of Moses on the land of Canaan.

It has been 25 years since “Storm”, Bishop Sergije notes, a lot has changed, and in fact everything has remained the same. The Bishop states that Serbs in Croatia are at the historical minimum, and there are only so many of them that they can still bury each other.

“However, the crime is not forgotten, and we cannot forget any of the 742 killed soldiers, any of the 1,196 killed civilians, as well as more than 200,000 expelled”, the Bishop of Bihać-Petrovac emphasized.

Bishop Sergije pointed out that Serbs in many villages in northern Dalmatia still live without electricity and water, even though it is the 21st century and Croatia is an EU member. Bishop Sergije emphasized that it is difficult to understand anything, least of all the departure of Serb representatives to Knin to celebrate the persecution of their own people.

“It is even worse to give legitimacy to persecution and crimes by being present in Knin. This procedure cannot be justified because I believe, the vast majority of Serbs, wherever they are, cannot understand the power-mongering polit actions of their so-called representatives”, Bishop Sergije emphasized.

His Eminence the Bishop of Bihać-Petrovac and Rmanja pointed out that Serbs should finally understand that they are one and that they can do a lot when they take care of each other because, although they are a small nation, they can and must preserve themselves, and repeated Nikola Pašić’s words: “Serbs are a small nation, but there is no a bigger one between Vienna and Constantinople!”.