A bust of Professor Nikola Koljević, the former vice-president of Republika Srpska and one of the founders of the Serbian Democratic Party, was unveiled in the park outside the National Theatre in Banjaluka today in the presence of top Srpska officials. 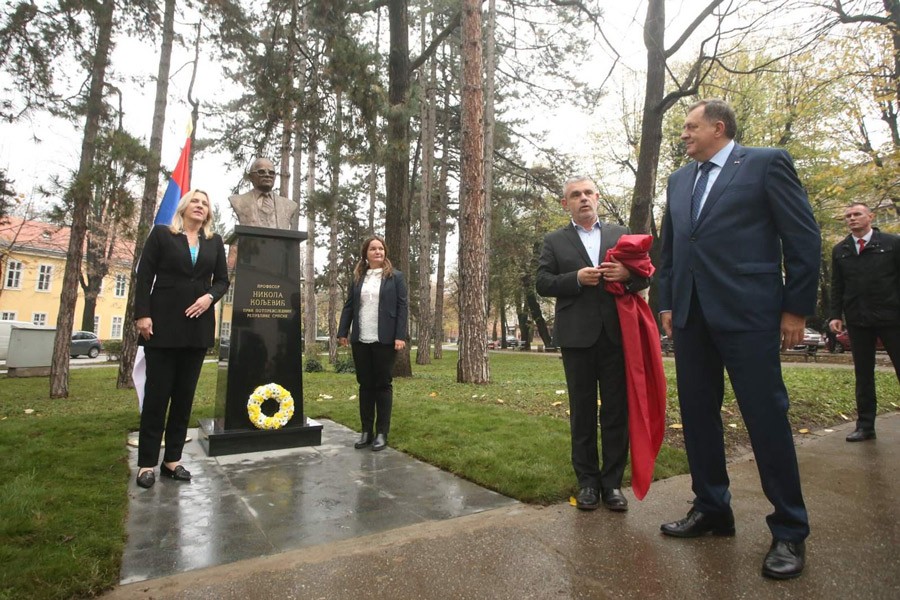 Nikola Koljević  (9 June 1936 – 25 January 1997) was a politician, university professor, translator and an essayist, one of the foremost Yugoslavian Shakespeare scholars. 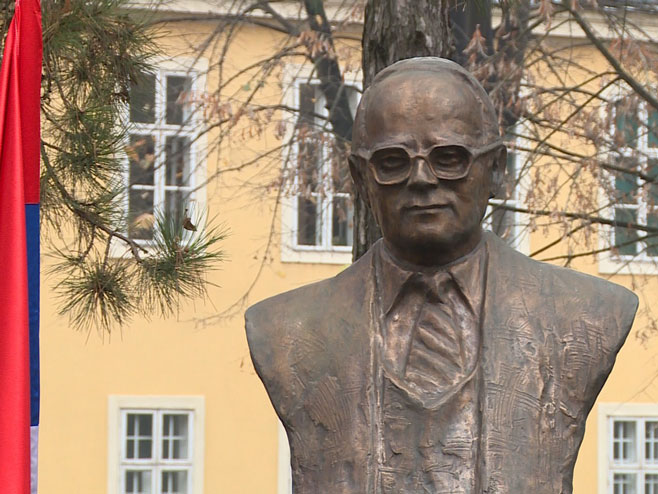 Koljević was born to a distinguished merchant family in Banja Luka, then part of the Kingdom of Yugoslavia. His elder brother, Svetozar (1930–2016), was a renowned scholar who has written extensively on Serbian epic poetry.