A film about the brilliant corridor breakthrough operation conducted by the Republika Srpska Army will be a completely true story, without any political adverse effects, presenting the military battle that connected east and west of Srpska, Head of the Military Film Centre “Zastava Film” Goran Ikonić told SRNA.

Ikonić adds that the shooting of the film of working title “Corridor 92” starts on Wednesday in Sremska Mitrovica and will have a huge historical significance, as it will show the young generations what their predecessors did to preserve Republika Srpska.

“One of the basic roles of `Zastava Film`, which is a co-producer in this project, is to nurture the culture of remembering the history of the Serb army in our area. With this film, we will best promote military filmography and the memory of such a glorious battle,” said Ikonić.

He adds it is an extremely important project of the governments of Republika Srpska and Serbia.

“It is a documentary-feature film. The second part of filming starts on Wednesday, the first part was completed at the end of last year and the beginning of the current year, when the interviews with all relevant participants in the corridor battle were recorded,” Ikonić emphasized.

According to him, the shooting of the film’s feature sequences begins on Wednesday to reconstruct some events based on true stories.

“The film crew is large, it consists of some actors from Republika Srpska, and many famous actors from Serbia, a total of 30, then about 40 members of the film crew and about 70 stunts,” said Ikonić, adding that the entire film will be shot with modest funds for such type of project. 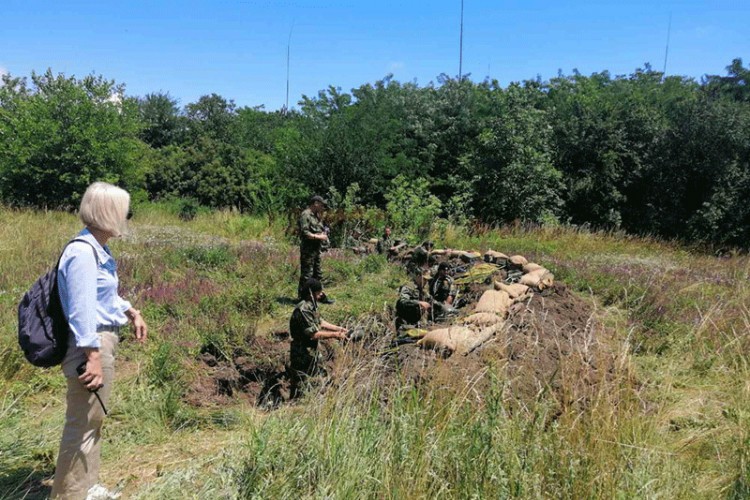 He says the filming should last until the end of July, and will take place in the locations that are adequate to the area where the Corridor operation actually took place, such as parts of Vojvodina, Ruma, Sremska Mitrovica, on the Sava near Šabac, while armed operations will be filmed on the military training grounds of Pasuljanska Livada.

“The Military Film Centre and the Ministry of Defence also participate in providing the location and soldiers for the film, as well as in co-production in the professional part of filming,” Ikonić added.

This battle liberated Modriča, Odžak, Derventa and Brod, while the complete corridor breakthrough operation was completed on October 6, 1992, with the Srpska Army taking control over the Sava River in the area of Brod.