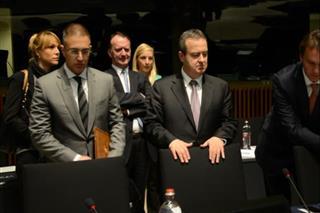 Serbia is among the countries most endangered by the current migration of peoples, Serbian Foreign Minister Ivica Dacic has warned in Luxembourg.

Over 200,000 irregular migrants have been registered in Serbia to date – 8.6 times more compared to the entire year of 2014, Dacic said at Thursday’s meeting of justice and foreign ministers of EU and Western Balkan countries.

Serbia is finding it increasingly difficult to handle that burden with the inflow of refugees increasing, Dacic noted, appealing to the EU to coordinate a strategy to resolve the refugee crisis as soon as possible.