Home Social Djordje who guards Serbian military cemetery is 91 and can barely stand,... 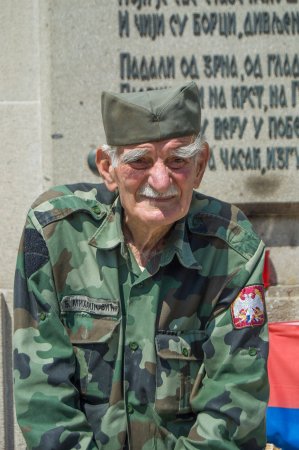 A few days ago the 101st anniversary of the breakthrough of the Macedonian Front was marked. On the occasion, on September 15, the Serbian national anthem “Boze Pravde” (“God of Justice”) was sounded in Thessaloniki, and Djordje Mihailovic (91) also attended the ceremony.

Although barely able to stand, George endured and applauded at the end of the anthem, with a video from the event posted on social networks.

Djordje Mihailovic guards the Serbian military cemetery Zeitenlik in Thessaloniki. For more than half a century, he has been welcoming the descendants of the Serbian warriors who died on the Macedonian Front and in World War I.

Mihailovic was born in 1928. The first guardian of the cemetery was his grandfather, a Macedonian Front volunteer, Savo Mihailovic, a Serb from Grbalj near Boka Kotorska in Montenegro.