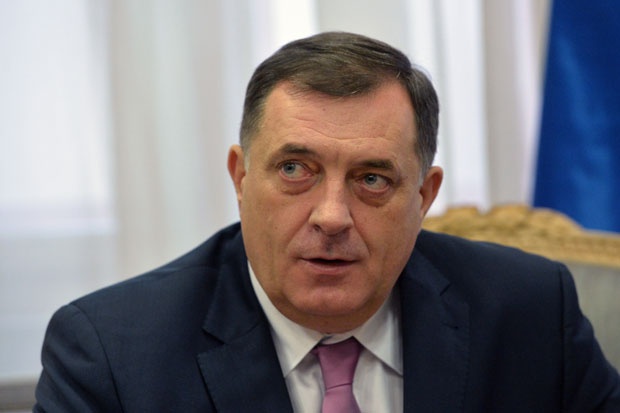 Republika Srpska President Milorad Dodik said today that the sanctions imposed against him by the US are a desperate move of the leaving US administration and personal retribution of US Ambassador to BiH, Maureen Cormack, and pointed out that it proved his readiness not to trade the Srpska interests, which he was proud of.
Dodik has stressed at a press conference in Banjaluka that these sanctions not being imposed against Republika Srpska only matters.

“I do not see this as a punishment, but as a proof that I was not ready to trade Republika Srpska’s interests,” said the Srpska president, adding that he is proud of the fact that, despite the various pressures, he did not accept to “surrender” Republika Srpska.

Dodik has stressed that the decision on sanctions to be imposed, i.e. blocking of his assets in the United States, is pointless, because he has neither assets nor accounts in that country. Therefore, based on it they could not ban anything.

He has said that these are not US sanctions, but the sanctions by those defeated in the US elections, whose policy has experienced a complete breakdown.

According to him, those who have been destroying the Dayton Peace Agreement are accusing him of doing so.

“If one thinks that this decision affects my political positions- the one is hugely deceived,” said Dodik and added that he was elected Srpska president by the will of the people, not by leaving US administration.

Dodik has added that it will soon come to light whether “local whispers from Republika Srpska and BiH” contributed to such a decision.