Home News Dodik: Srpska Has All the Characteristics of the State 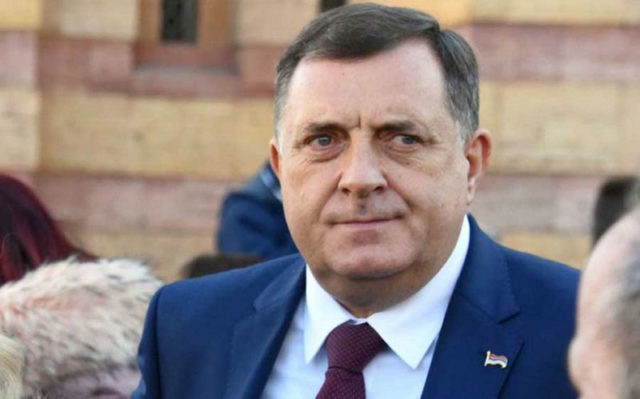 Serbian Presidency member Milorad Dodik said today that the Republic of Srpska has its soul, social life, economy, institutions, territory and the people who love it, stating that these are characteristics of the state and that Serbs experience it.

“Republic of Srpska was created to be an independent state merged with Serbia. This goal has not been achieved at this time, but there is no Serb in Srpska who thinks otherwise. A vow and a wish for this to happen. We must do it in a peaceful, political way. ” said Dodik after the liturgy at the Church of Christ the Savior in Banja Luka on the occasion of St. Archdeacon Stephen.

Dodik emphasized that January 9th is a day of celebration because it marks the 28th anniversary of the creation of Republic of Srpska, which was formed in peace and that its people would live in peace.

“It has been defended in war and defended in peace and still has its capacity today. It is downplayed by the illegal interventions of the High Representatives. We cannot accept it. We have shown that the pressures we have been exposed to in the past have not been enough for the other party to abolish love and desire for Srpska. We also mark her 28th birthday in the belief that we are on the right track, in the right place, in the right state of the Republic of Srpska and that we belong to an honest and honest people, ” Dodik emphasized.

He emphasized that those who dispute it are free to live in Srpska.

“Bosniaks and Croats have the right to religion, their religious objects, participate in the political life and institutions of the Republic of Srpska and they are free citizens. The measure of success of Republic of Srpska is to provide freedom to others, and the Serbian people throughout history have shown this dimension. freedom was never just for us, but we shared it with other nations, ”Dodik says.

According to him, the Serbian people are now in a position to think for themselves.

“Today, the Serbs have two states – Republic of Srpska and Serbia. We urge others to accept this reality. We do not want anyone bad, the Serbian state of peace, free-living in it, no inter-ethnic tensions, and everyone free to exercise their religion, culture and rights “This right is also enjoyed by the Serb people who founded the Republic of Srpska and consider it their state,” Dodik stressed.