A figurine belonging to the Vinca culture from the Neolithic age and dating from between 4,500 and 3,500 BC was discovered by archaeologist Sanja Crnobrnja Krasic, a senior curator of the local museum in Zupa.

The discovery was made in Vitkovacko Polje (Vitkovo Field), four kilometers from the town of Aleksandrovac Zupski. If nothing else, the joy and excitement with which the archaeologist tells about the find speaks to its importance.

Vitkovacko Polje is a site that is protected on an area of ​​120 hectares and any construction activity there involves protective archaeological surveys. A local utilities company was the investor in this archaeological survey because they plan to install a sewage system for a nearby village. In accordance with the law, Sanja and her colleagues took to the field to explore the future sewer route.

And nothing happened until the last day of the survey and the last meter they examined. 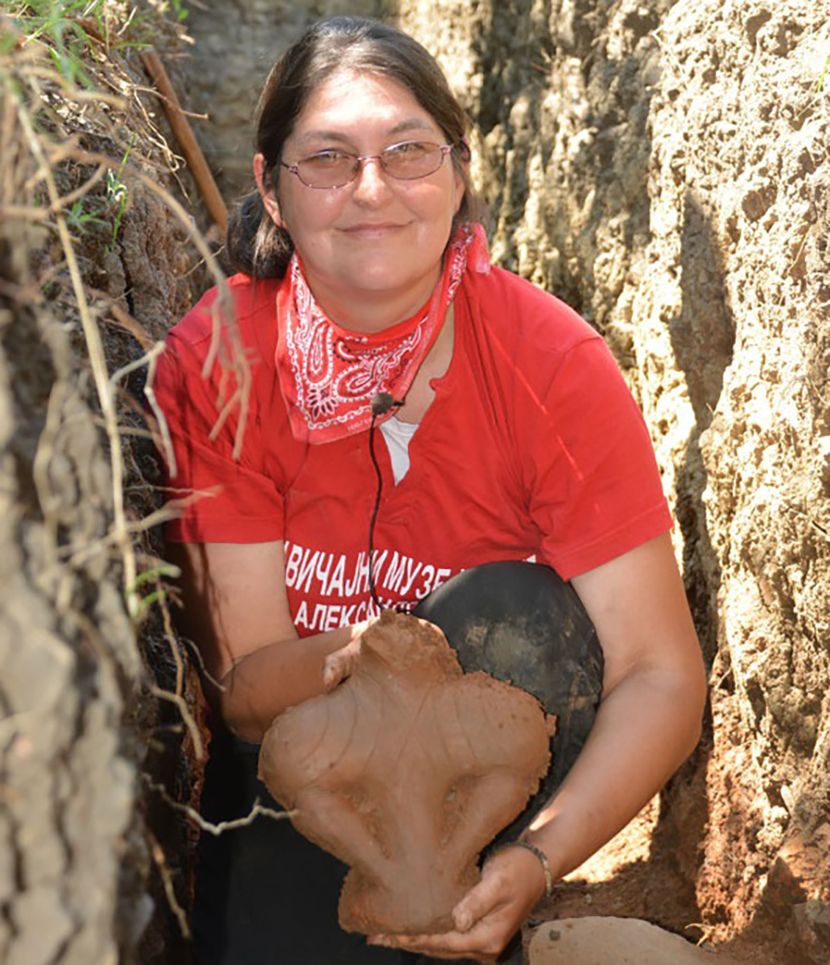 “We trudged on, ten by ten meters and some 90 meters from the start of this trench digging, just like in a war, everything was empty, empty, empty and I was already depressed, thinking, ‘I can’t do this anymore, the sun is frying me for nothing‘. And I went to the field yesterday and said, today is the last day, just to do the technical drawing and what remained was to dig about half meter of the trench, to finish that layer, which could possibly contain something. Some Vinca ceramics were showing up, and, (I thought) let’s follow through on the procedure  – and at the very end, we swiped the brush and the first thing that appeared was the torso. I immediately knew what it was about,” Sanja tells the story, and you can hear her smiling from ear to ear even though she speaks over the phone.

The site has been known for decades, and in the 1960s chance discoveries were made of the famous venuses of Zupa: Lady of Aleksandrovac, Venus de Zupa, and Madame de Vitkovo. There have been three or four protective campaigns, such as this one, but smaller in nature. 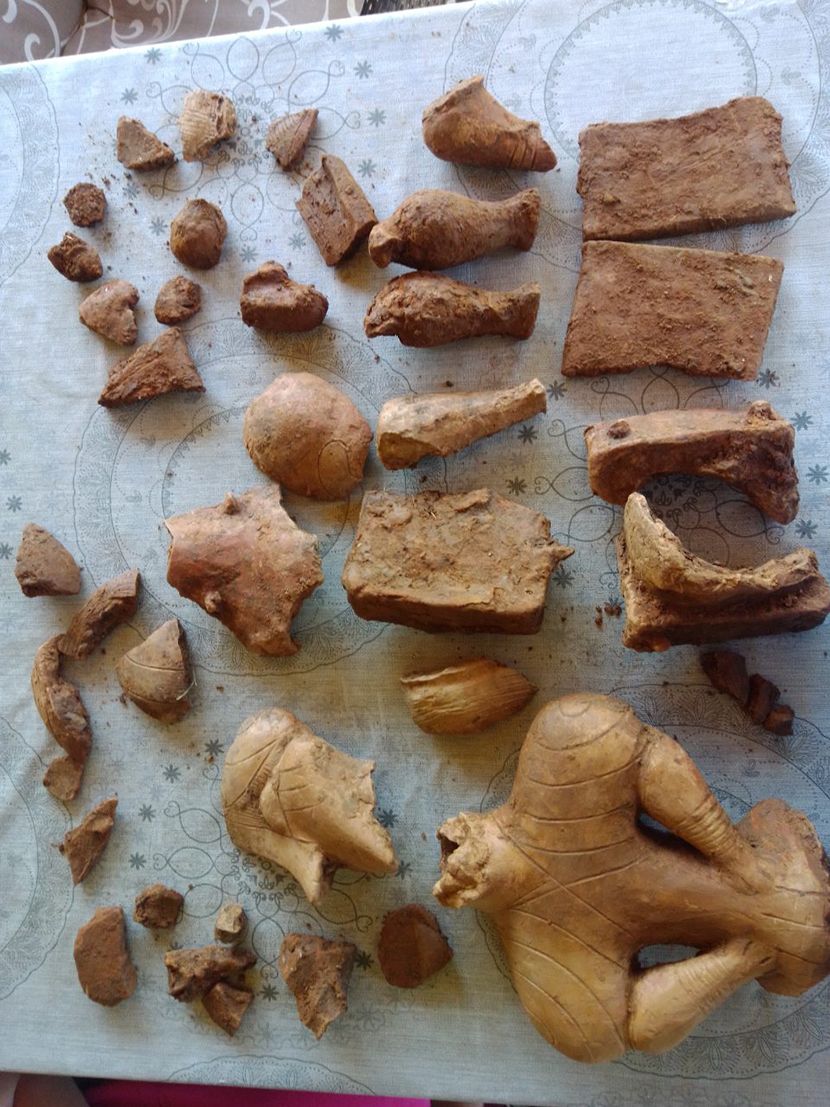 “The trench cut through a Neolithic home where we found a monumental food grinder, a stove, and another figurine appeared between the grinder and the stove. It’s ocher-orange with a red coating, made of baked earth, and found in fragments. The torso, shoulders, arms, waist, hips have been preserved, while fragments of the head, legs and the pedestal have been separated. 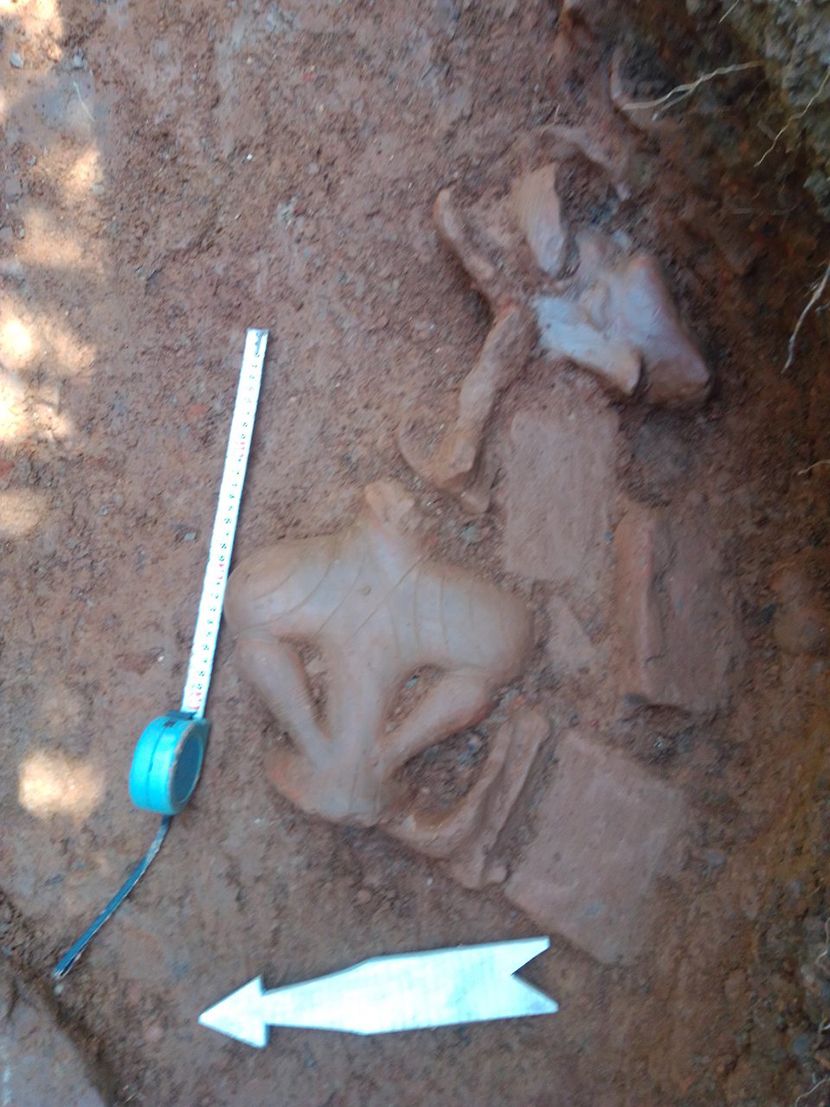 “Accidental finds are not loved in archaeology because when you don’t have a scientific context, then there are also suspicions of forgeries, that they might have been fabricated, because they are much larger than all other Neolithic figurines. It’s still a mystery why they are so big. The Lady of Vinca is 18 centimeters, these are all over 30 centimeters and even 40. And now this greater miracle is happening that we are definitely finding them in a closed archeological context.”

The arrival of a team of conservators from Belgrade is expected, who will completely fix the figure and present in in all of its dimensions. 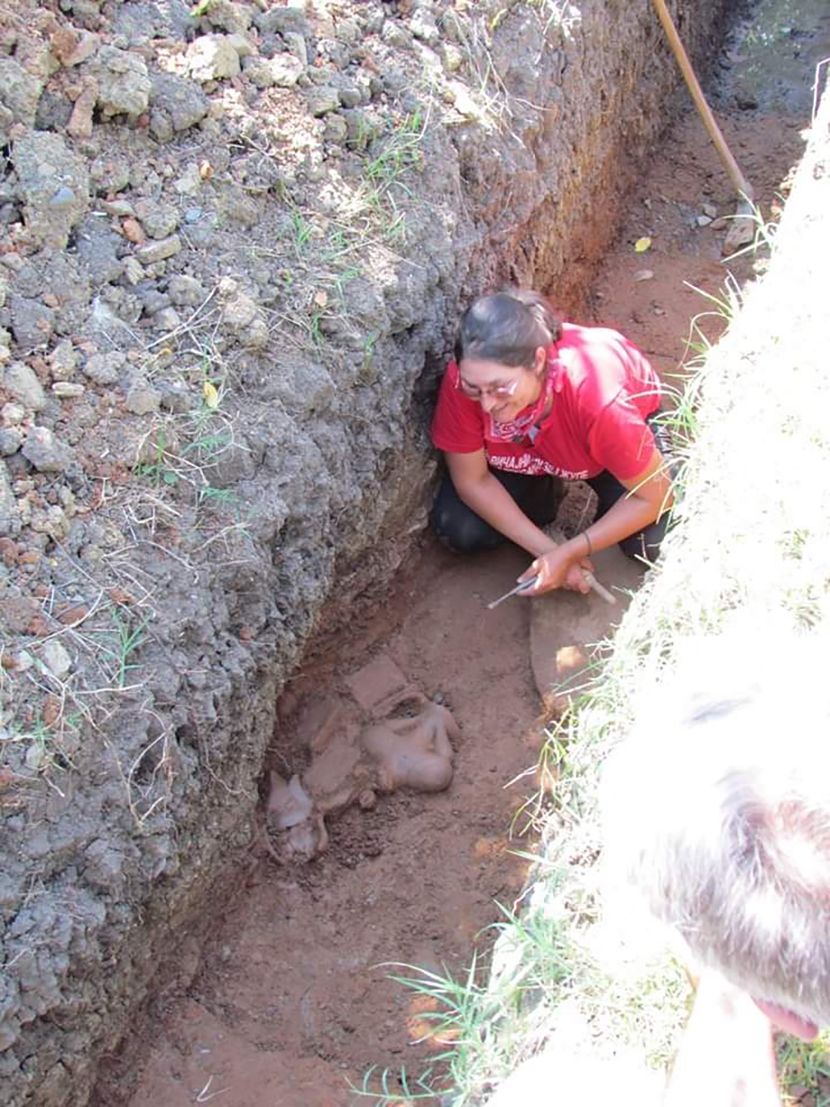 VINCA AS THE MOST ADVANCED CULTURE OF THE NEOLITHIC PERIOD

“She certainly stylistically speaking belongs to the culture in which she was found, which is the Vinca culture. She belongs to the Neolithic age, and in recent years that has been the focus of the attention around the world because our archaeologists have definitely proven that the earliest metallurgy in the world belongs to the Vinca culture. The earliest traces of ore smelting were found at the Belovode and Plocnik sites. We can say that the Vinca culture is the most advanced culture of the Neolithic period. And in the context of all this, you have monumental figurines from the Vitkovo field. Given the monumental nature of it, academician Bora Jovanovic thought it was actually a religious center of the Vinca culture. This thesis can only be confirmed or contested in the field,” says Sanja Crnobrnja Krasic.

WAITING FOR THE MINISTER OF CULTURE

According to her, the minister of Culture and Information could come to Aleksandrovac on Friday, and Sanja Crnobrnja Krasic believes that he will stand behind the project and that exploration will continue. 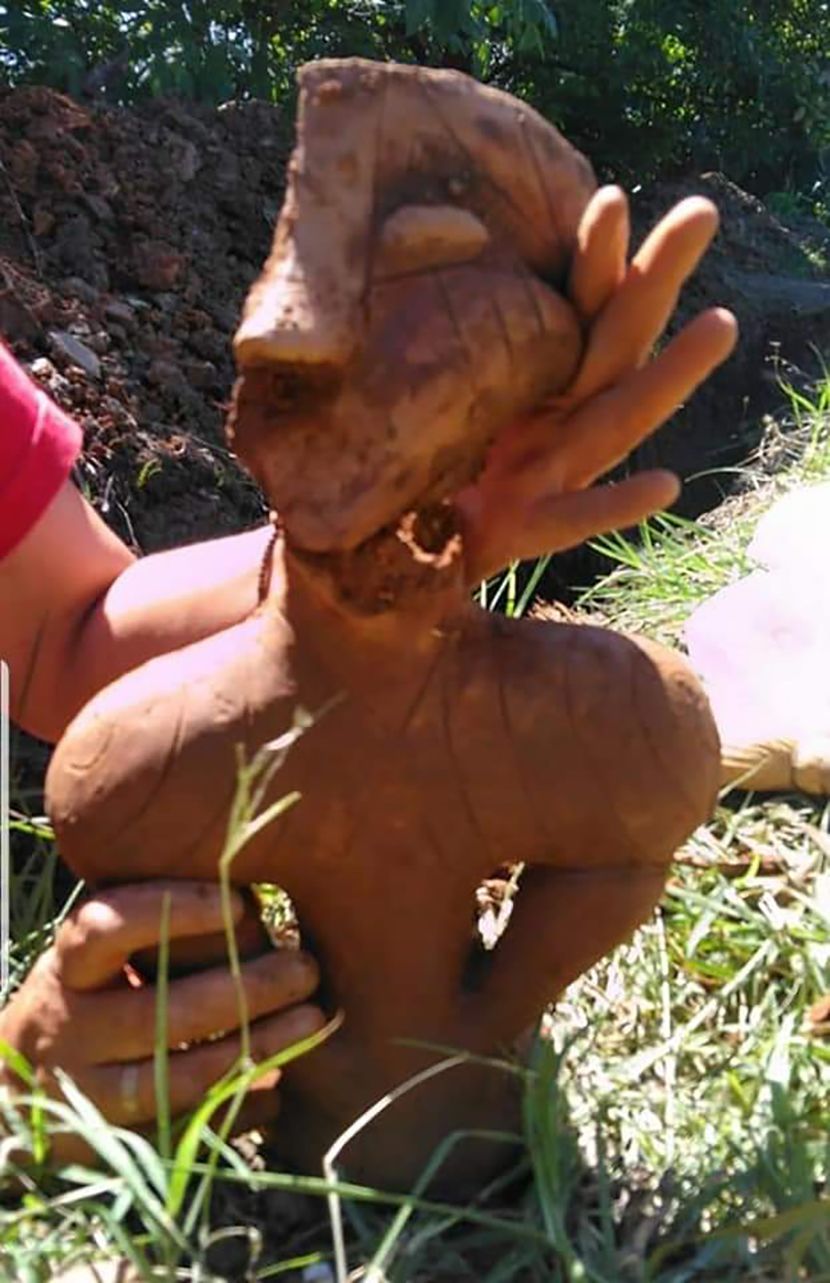 The figurine will be on display at the museum in Aleksandrovac.

“We will strive to have her full presentation as part of the Zupa (grape) Harvest, because the whole year revolves around that event and it brings the most visitors to this town. I will do my best, together with my colleagues, to have the Lady of Zupa conserved by the opening of the Zupa Harvest and presented to the public.”

“This is just one small world sensation! Because, in that period, when we talk about figurines made of baked earth, none are more monumental.” 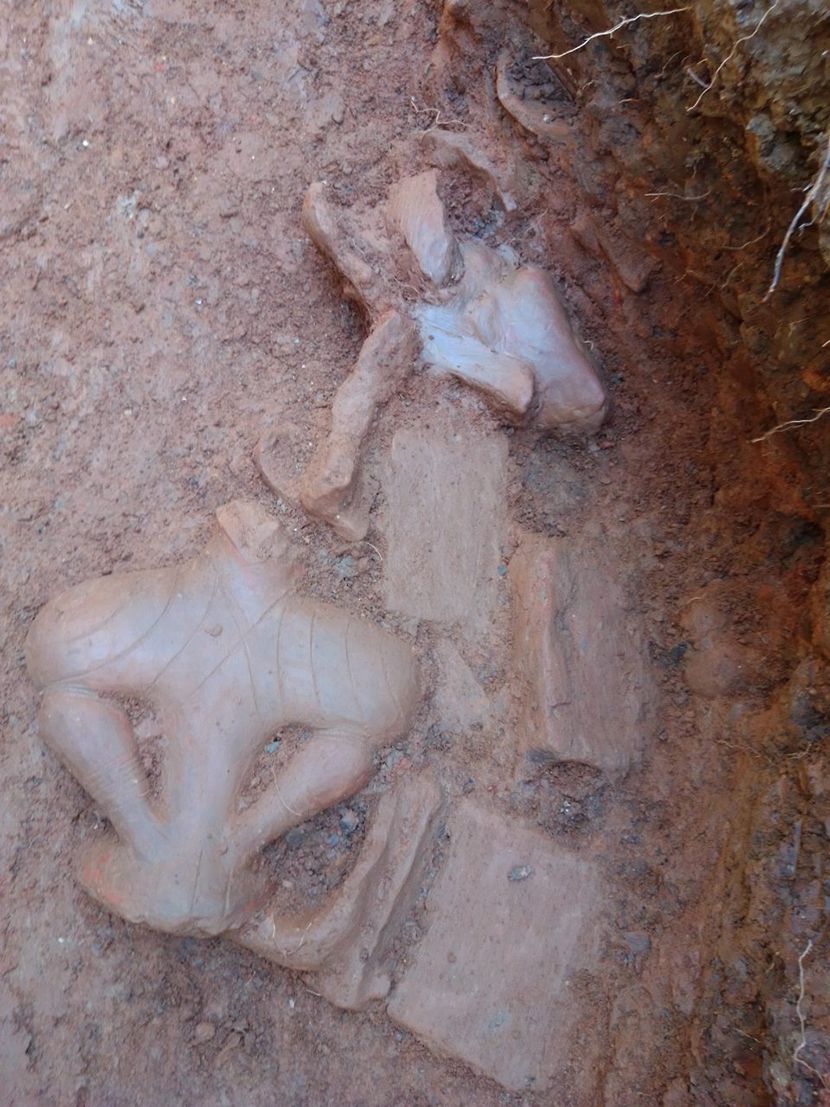 The 1961 figurines were on display at the World Exhibition in Nice and at that time the Terra Amata Museum included the one that was found first, the Lady of Aleksandrovac, on a list of ten most significant works of prehistoric art. And now we finally have, in the scientific context, a confirmation of everything we have already knowns, Sanja Crnobrnja Krasic concluded.