Home Social With Jokic and his horses in stables: When Nikola’s “Dream Catcher” starts...

NBA superstar listened to the advice of his father Branislav and he was focused on every detail so his “favorites” could achieve the best possible result on the racing weekend in Sombor. 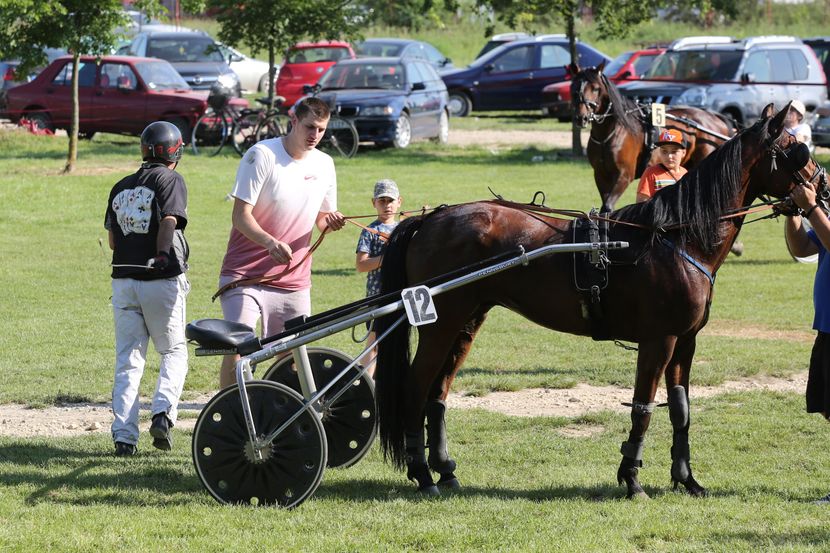 A real summer day in Vojvodina plain. We are heading to Sombor from Belgrade, on a highway to Zmajevo, over Kula and Crvenka, between the meticulously cultivated fields of grain, corn, and sunflower. A very famous Serbian city, a place of birth of top athletes, headed by Nikola Jokic, was a bit emptier than usual.

No matter that it is Sunday, even the locals were not in their usual “workplaces” in great numbers. However, this fact can be weird only to a foreigner who doesn’t know that time literally stops when the time comes for the racing day. The dust rises after a good horse and the hooves of the best horses raised the greatest cloud in Serbia on the city Hippodrome in Sombor, so it was not hard to find the racing track, although they were just warming up.

We arrived earlier, just in time to see the best of the best, to help the Jokic family in preparations of the stands and setting of the tables. And, of course, the right and only possible time to talk about favorite Sombor topics – horses, sports, and the trademark of the city, Nikola Jokic, who we met from an entirely different angle, without the Denver jersey, but with his favorite Dream Catcher and others, which made him the man he is today. 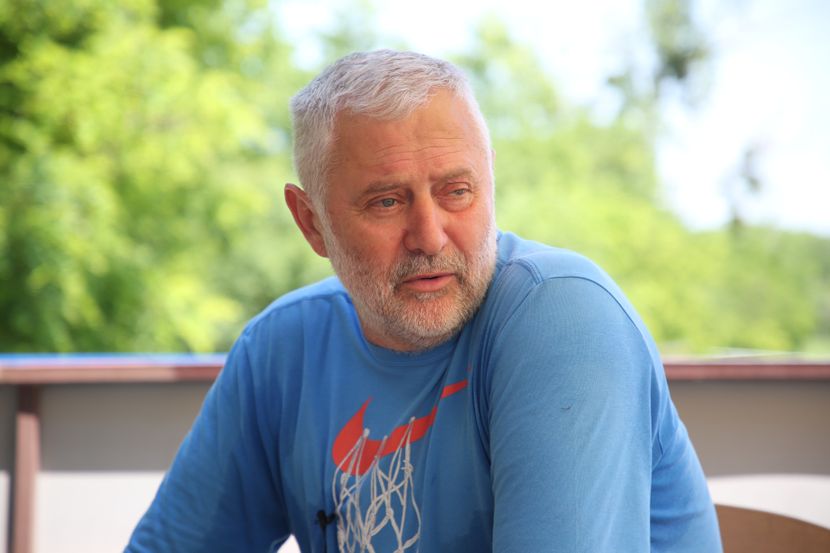 At first glimpse, people of Sombor seem as if they are from a “different planet”. They are nervous, they don’t show trust to anyone “new” and they are pretty cautious, but not afraid. Actually, they are very good people who wish to live “like all others”, they are happy for small things and they are able to be a friend “to the bone”. Of course, if you show that you are not someone who wishes to demolish their world which they built for decades.

Is this because of the fact that they know the noble animals better than everybody else, the hard work they are used to, or something else, I am just realizing the unwritten rules which on the Hippodrome, on a basketball court, and in life, have to be respected?

If that is the case, then everything is allowed, to have the privilege to be introduced into the secrets of the horse racing sport by Branislav Jokic, the president of the Horse Club “Vojvodjanin”, the passionate lover of everything related to horses and basketball and the father of our best basketball player Nikola Jokic, to be taken through the club and to listen heartfelt answers about basketball which were discussed for a long time in Serbia.

Branislav told me about the horse-basketball beginnings in Sombor, which was literally introduced to the whole world thanks to the ace of Denver, who spends his summer in stables instead of some exotic destinations, on hippodrome and near animals which he looks his heart, not with his eyes.

– Our stable is called “Dream Catcher”, our horses belong to it. It got the name after the first horse that we bought. The horse has that name and he is a first Nikola’s pet. Nikola is catching his dreams in America, and he is catching his dreams in Serbia in this race. It is an extremely good and calm horse, I won’t praise him very much. Here, the last race he ran in Subotica, he won, and I expect that it is going to be a good race today. And if he wins, we are going to talk about it then – Nikola’s father started the story while we are walking towards the stables from the Hippodrome where the ace of Denver remained. 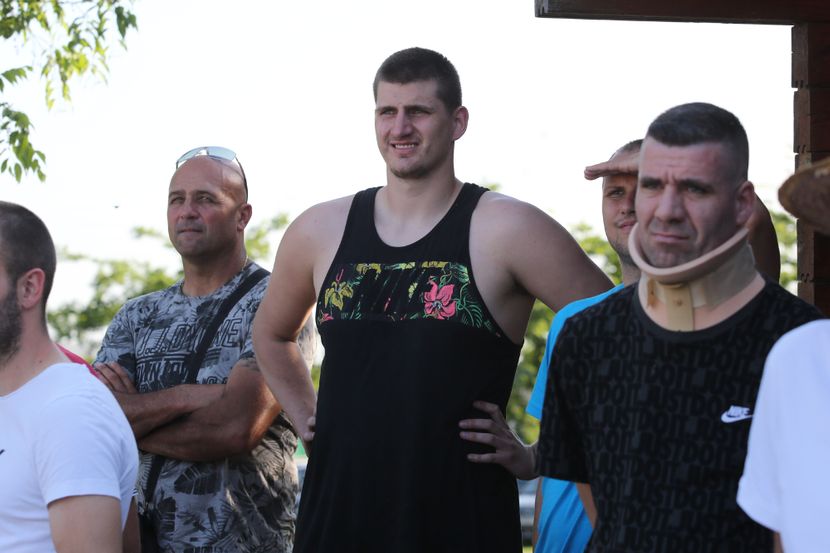 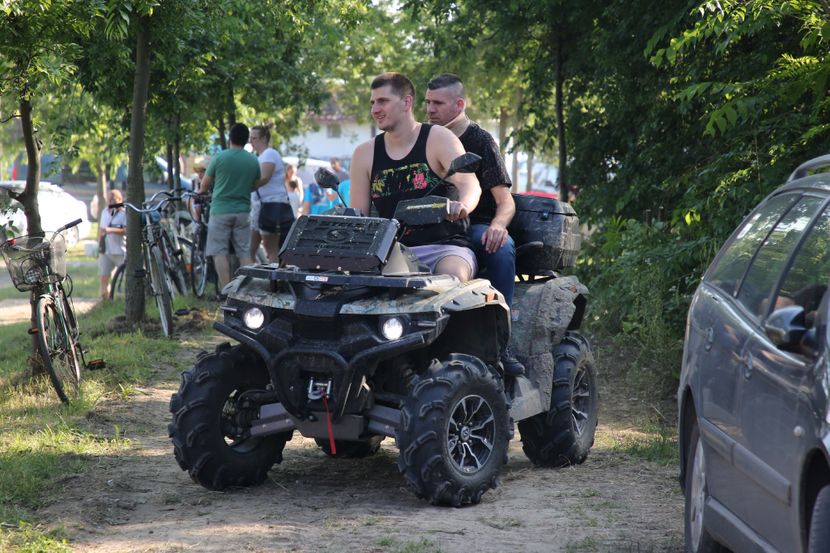 With a lot of hard work and effort, the place where Nikola’s favorite stays, the popular Dream Catcher, and the “rest of the crew”, is very neat and tidy. Everything is where it is supposed to be. Especially since Nikola is here as well, who quickly returned from America when his season ended, and now, during the race day, he is paying attention to literally every possible detail. Adrenalin and nervousness are reaching their peak, and his focus on the horses is on the highest possible level.

– It’s always been that way – said the people who know him. Father, friends, and acquaintances, all in unison:

– Nikola is 100 percent dedicated to horses when he prepares them for racing. It has been like that ever since he was little. He doesn’t want to allow anything to affect the bad score. He is with them the entire day, he does everything necessary and he is not talking much. However, it is his love and something which fulfills him and “charges his batteries”. Only someone who loves horses can understand it.

And really, I found the popular Joker on the “job” with his favorites which are a part of his life and which have a lot of successes, just like their owner in basketball, with triple-doubles, participating in All-Star and invitation to be in the national team.

As a “foreigner” and a new face in the stable, I realize that I am one person too much for the animals which have an important day in front of them, which is logical. We quietly said goodbye to Nikola and the crew, and we continue the tour with Branislav.

– There are a dozen horses of our club “Vojvodjanin”, and five of the horses are owned by stables Jokic which are in the club. We have two “representatives”, in the category “French mare”, which are going to race. That is a young three-year-old which just started to race, this is going to be its second race, and the veteran Sanri, who races in a semifast race. All the horses are ready and as the riders say: “Race is a mess”. Something unpredictable can happen, because, everybody is here to win. There will be around 100 horses and all the people who brought horses will want to win. 100 people, 100 horses running, they all want the trophy.

When we returned to the racing stands, all the places around the track were already full. The music from the speakers tries to relax the riders, horses and the audience, which was drinking and eating “whatever God gave them” in some shade. The atmosphere? Just right. Racing, winning and relaxing atmosphere for the audience. The overtakings are happening, the applause, trophies are given to winners.

Everybody’s attention is directed to the track, and that is the situation which is the best for Nikola because he can prepare for the race without unnecessary problems.

One by one, the races got their champions and the most important one for Nikola, and for us, who fell in love with Dream Catcher from the story, was eight in line. Everybody looked at the probably the most famous horse in Serbia, because, after all, it won in Subotica. It was the moment when Nikola had to come by the track.

In the end, Dream Catcher couldn’t repeat his success from Subotica. He took fifth place on the home ground and Jokic followed every moment with great attention.

They say that the real horse lover doesn’t look at his pet with eyes, but with heart. We could easily see that on the spot, on the Races for the cup of the city of Sombor, Branislav and Nikola Jokic are the examples of this. In formal, and informal talk with them, we learned a lot, and the main thing is that the horses, basketball and live – are one. The success won’t lack, just like it didn’t on Sunday.

In the end, besides his “favorite”, other horses won one first place, two seconds, and one third place, enough for a successful racing weekend and a great celebration. 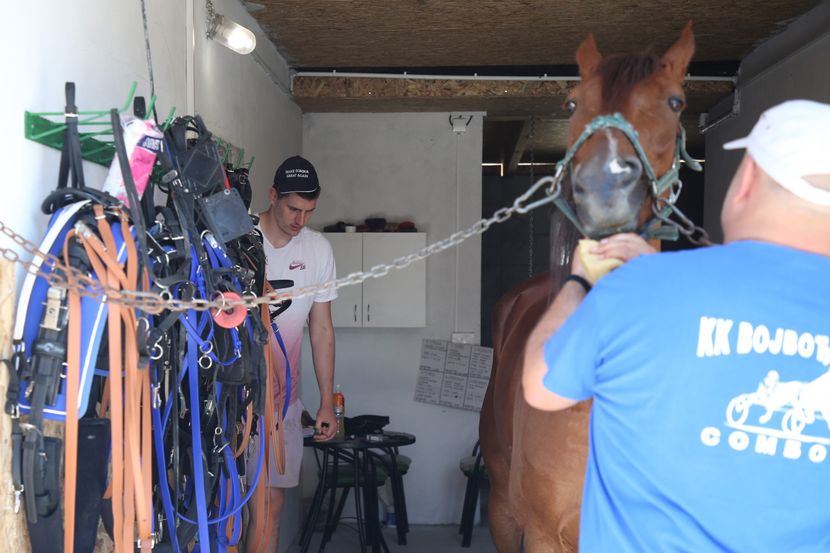 There is an impression that the best player of Denver Nuggets, NBA All-Star player, national team player, and before everything a man from Sombor, and of course, a Serb, would like to be what he actually is – a normal and regular guy. Although, with his behavior, he shows that he really is that. He didn’t replace Sombor with tropical islands, he didn’t replace horses with four wheels with hundreds of horsepower, his friends and family for world stars. That is his greatness. 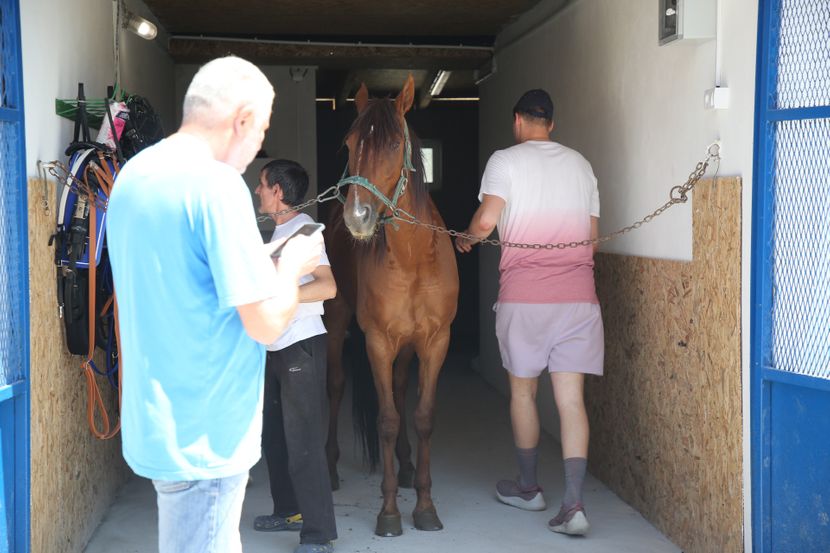 However, there are sports challenges still to come. It is up to Dream Catcher and other horses to advance from one race to another, while Nikola is going on a new task after well-deserved rest. After a dream season and two years of “silence” about the national team, he will go to China with his new friends and team players, with the Eagles. 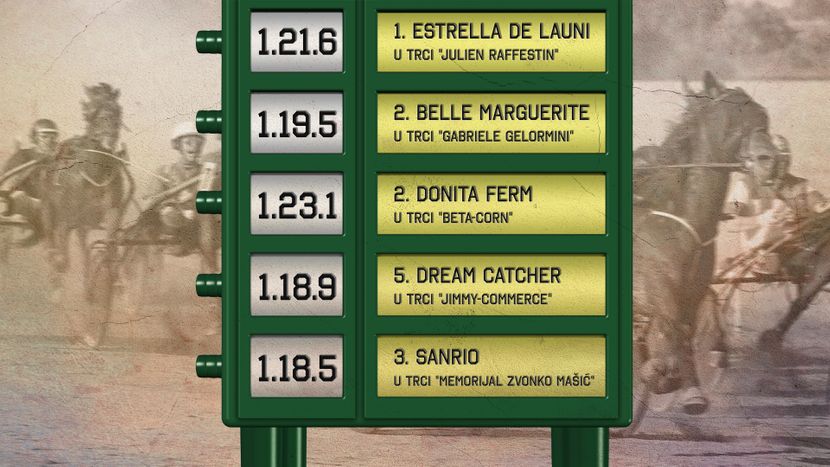 The quest for the shiniest medal has been announced, which was never a problem for the born winners from Sombor, Belgrade, Valjevo, Subotica and other parts of our country. Until the beginning of the reception, Sombor, the horses and races, are the main topics and preoccupation of the man who marked the racing weekend in the city of tambourine. He has earned it. 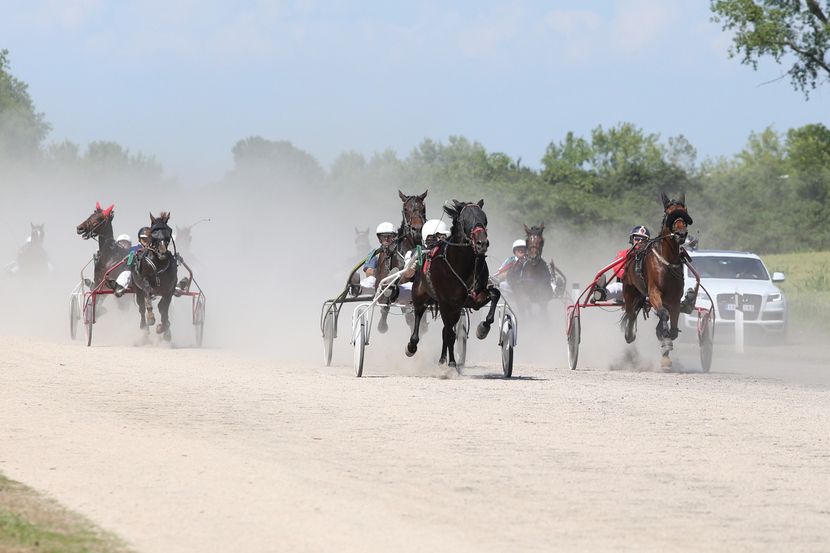 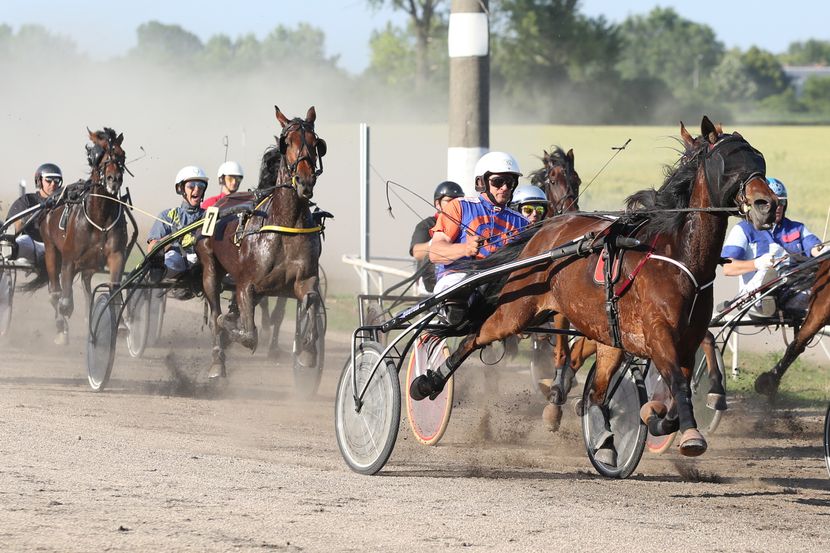