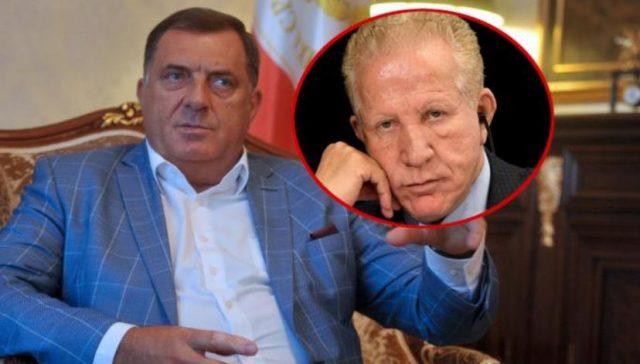 Foreign Minister of self-proclaimed Kosovo, Behgjet Pacolli, is not welcome to Banjaluka, where BiH Foreign Minister Igor Crnadak invited him to in order to ingratiate himself with western power centres, Republika Srpska President Milorad Dodik has said.

“Republika Srpska has not given its consent to BiH to recognise self-proclaimed Kosovo, nor can the minister of that fake state be welcome to Republika Srpska,” Dodik told SRNA.

He has added that the doors of any Republika Srpska institution will not be open to Pacolli.

“We experience Minister Crnadak’s invitation to Pacolli to visit Banjaluka as a provocation for Republika Srpska, which his international and his party mentor, Mladen Ivanic, talked him into. Perhaps Behgjet Pacolli is the best measure of his time as a minister and the best indicator for whose interest Crnadak has served for four years, Dodik has said.

Pacolli posted on his Twitter account that despite the invitation by BiH Foreign Minister, Igor Crnadak, to visit Banjaluka, he has canceled his participation in an informal meeting of foreign ministers of the member countries of the South-East European Cooperation Process due to the “obstacles” created by Republika Srpska President Milorad Dodik.

Pacoli was supposed to be in Banjaluka on Wednesday to participate in this meeting.