Home News Former Commander of UNPROFOR in BiH Lewis MacKenzie : Genocide did not... 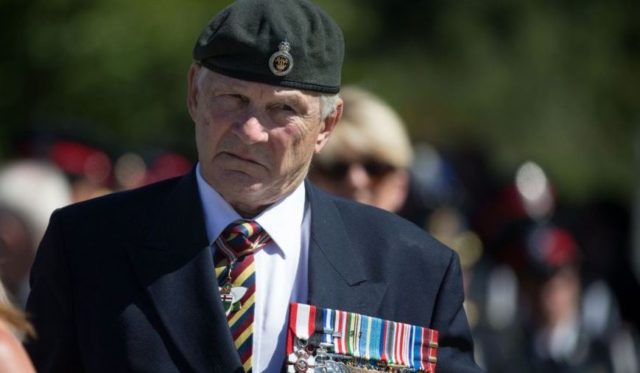 It was not a genocide but a war crime in Srebrenica 1995, and before that crimes against Serbs in Srebrenica villages had been committed by Naser Orić’s units, whose release in The Hague he considers shameful, said the Former Commander of UNPROFOR in BiH Lewis MacKenzie.

The units of Naser Orić were coming out the enclaves under UN protection and were committing an atrocity over the Serb people, stressed MacKenzie.

“This is a war crime. About the genocide over Bosniaks cannot be said, because the Serb forces evacuated all civilians, women, children, and old people from the area of combat activities”, MacKenzie told to Serbian newspaper “Večernje novosti”.

He believes that the release of Naser Orić confirmed the partiality of the court in The Hague forever.

Commenting on the resignation of the Hague Prosecution from some counts of the indictment in the case of “Markale” or “Vase Miskina”, the Canadian General assessed that the shelling of Sarajevo was a war crime for which bear responsibility General Ratko Mladic, but on the other side “some sniper and infantry ambushes and bombings in Sarajevo are extremely suspicious and undefined”.

On the occasion of 20 years since NATO’s aggression against Serbia, MacKenzie said that it was the biggest NATO mistake, because in 1998 and 1999 Kosovo was an internal conflict between legitimate security forces and terrorists. Those terrorists were advertised as freedom fighter by American PR Company.

“Before, the same agency has been practicing working for the needs of the BiH government against the Serbs. That 1999 was the 50 years NATO anniversary but was without any enemy in sight. Your country was bombed for that reason”, MacKenzie explained.

He pointed out that Serbs had lost media war during the nineties, because Yugoslavia and Serbia have never tried to make a serious media campaign and proved the correctness of their attitudes in the West.

“It turns out that Serbia, the most credible ally of the West in the two world wars, is defamed in propaganda and on TV around the world”, MacKenzie said.