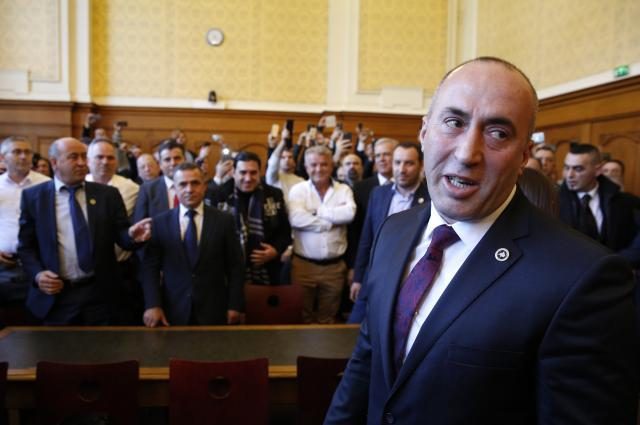 A statement issued by the court added that the French public prosecutor has the right to, within five days, lodge an before the Supreme Court of Cassation of France.

Serbia has no right of appeal, while Haradinaj can return to Kosovo within 24 hours, it has been announced.

Reacting to the decision, Haradinaj said it was “a victory of Albanians” and that he is “a free man to return home.”

Haradinaj was arrested in France on January 4 based on an Interpol warrant issued by Serbia, and released a week later, when his passport was confiscated.

He was unable to leave France pending the court’s decision on Serbia’s extradition request.

Along with the request, the Serbian Justice Ministry sent to France all supporting documentation concerning the ongoing investigation against Haradinaj.

It was launched in 2004 and expanded in January with new charges and new evidence, that has been forwarded to the court in Colmar.

Haradinaj was previously on trial at the Hague Tribunal for war crimes committed in Kosovo and Metohija, where he was in 2012 acquitted of all charges.

Serbia wants to put him on trial on suspicion that he committed criminal offenses of war crimes against civilians in Kosovo and Metohija in 1998 and 1999, and, as Belgrade has announced, these crimes have not been included in the previous Hague indictment.