Hydroelectric power plant (HPP) “Bocac Two” was officially opened on Thursday, and according to economic studies, it should become profitable in about 6.5 years, according to the director of the Dependent Enterprise “Hydroelectric Power Plants at Vrbas”, Nedeljko Kesic. 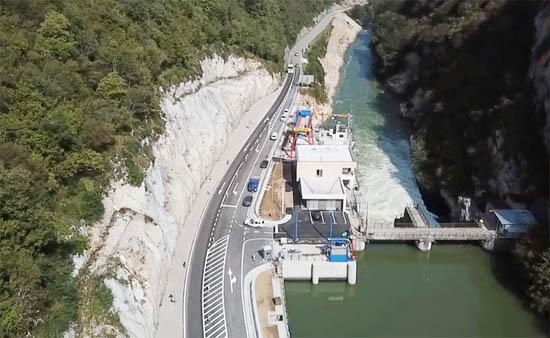 Bocac Two was officially opened by President of Republika Srpska Milorad Dodik, who said that Republika Srpska should invest more in these projects in order to maintain stability and development.

“The government’s strategy is development and improvement of Republika Srpska,” Dodik said in addressing at the opening ceremony of the Power Plant.

“HPP “Bocac Two” underwent the ‘wet test’ and it is ready for putting into operation. This is a high-quality hydroelectric power plant with two submersible aggregates of five megawatts of installed power, i.e. about 43 gigawatt hours of electricity,” said Kesic.

“We have the design project for the construction of HPP “Krupa Niska”, we obtained the environmental impact study, and we have all the necessary documentation. In case that the competent institutions decide that the construction of HPP “Krupa Niska” is not necessary, we will not build it, and if the competent institutions that are taking part in decision-making say that we need to construct it and we obtain the concession, the Dependent Enterprise as a public company owned by the Government of the RS will construct that hydropower plant,” noted Kesic.

He also added that all power plants have their own advantages as well as disadvantages.

“Considering the fact that the western part of the RS uses 52 % of the total electricity produced in the RS while it currently produces only 5 %, which is the “Bocac One” that was constructed back in 1981, we need to ensure energy stability here, which we attempted through the change of spatial plan,” said Kesic.

He also explained that there is no longer the large HPP “Banjaluka Visoka” nor HPP “Krupa” which were planned within the earlier spatial plans. Now, three smaller hydropower plants are planned, and they should improve the supply of the western part of the RS in order for it to be safer and more independent when it comes to electricity.