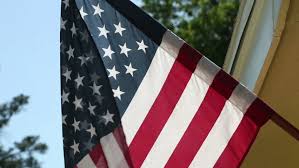 The constitutions of the state and the country’s two entities – the Federation of Bosnia and Herzegovina (the Federation) and Republika Srpska (RS) – provide for freedom of religious thought and practice, prohibit religious discrimination, and allow registered religious organizations to operate freely. The Federation constitution declares religion as “a vital national interest” of the constituent peoples. The RS constitution establishes the Serbian Orthodox Church (SOC) as “the church of the Serb people and other people of Orthodox religion.” A provision in the state constitution provides for representation of the three major ethnic groups – Serbs who predominantly belong to the SOC, Croats who mainly belong to the Roman Catholic Church, and Bosniaks, who are predominantly Muslims – in the parliament and in government positions. Minority religious groups said they continued to be unable to obtain government positions or seats in parliament. Judicial authorities maintained their prohibition on judicial employees wearing religious insignia. Minority religious groups reported continued discrimination by municipal authorities, who often failed to provide government services and protections, and discriminated against them with respect to the use of religious property, as in the case of the continued refusal of Banja Luka municipal authorities to return previously nationalized properties to the Catholic Church. Of nine reported incidents involving attacks on religious officials or sites, police identified a suspected perpetrator in one case involving arson at an SOC in Sarajevo.

According to the Interreligious Council (IRC), a nongovernmental organization (NGO) which facilitates dialogue among the four “traditional” religious communities (Muslim, Serbian Orthodox, Catholic, and Jewish), the number of attacks on religious officials and sites during the year represented a significant decrease from the past two years. There were continued reports of conflicts between members of the Islamic Community (IC) and minority Muslim groups, some of them Shia, who practiced outside the IC’s purview. The IRC continued to take steps to promote interfaith dialogue. On May 7, religious and political leaders gathered in the RS capital of Banja Luka for the ceremonial re-opening of the rebuilt historic Ferhadija Mosque, the most significant interfaith event of the year, according to observers.

The U.S. embassy met with government offices and agencies to discuss efforts to combat violent extremism related to religion. Embassy officers also met with representatives of religious groups to discuss their continued contribution to the development of a peaceful and stable society and to improve interreligious dialogue. Embassy officials regularly attended significant events in the various religious communities, especially during major holidays. The Ambassador attended the May 7 re-opening of the Ferhadija Mosque in Banja Luka to demonstrate continued U.S. support for interfaith reconciliation.

The country is a party to the International Covenant on Civil and Political Rights.

The embassy maintained regular contact with the IRC to support its work, and engaged with regional and religious authorities, particularly the SOC, to help overcome political obstacles to IRC activities. The embassy explored grant opportunities with the IRC leadership to develop its institutional capacity further. The IRC also participated in U.S. government funded programs aimed at addressing and overcoming ethnic/religious divisions in communities through dialogue, and restoring trust among the country’s multiple ethnic and religious groups.

source: US Department of State