Home Interview Investing in Ministry of Interior is investment in future and security of... 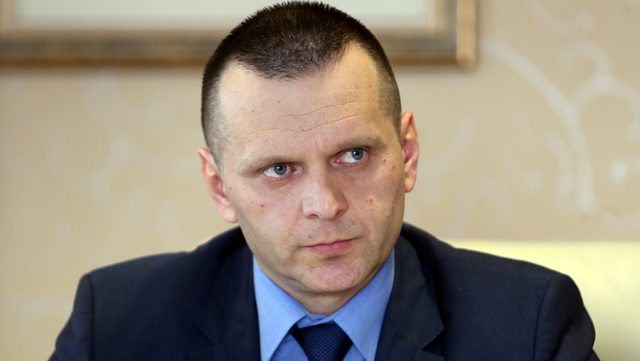 Republika Srpska Minister of Interior, Dragan Lukac, has stressed that the reorganisation of the Interior Ministry /MoI/, which started four years ago, as well as the investing of significant funds in the modernisation, equipping, training and education of members of this Ministry, gave significant results, as confirmed by the last year’s Work Performance Report, which is the best one since the MoI’s establishment.

“In the past four years, since I have been appointed as the head of the Republika Srpska MoI, we witness an ascending trend and better results in the fight against organised and serious crimes such as robberies, aggravated thefts and thefts. In the period between 2015 and 2018, the number of robberies has been reduced by 30 percent, aggravated thefts have recorded a decline of 45 percent, as well as the thefts which are largely decreasing, “ said Lukac.

According to him, solving the most serious crimes goes up to 80 percent, and in some segments more than 90 percent.

“Last year was the best one since the establishment of the Srpska MoI. When it comes to the results related to the fight against crime, economic crime and drug abuse, which gave excellent results, they are higher than the five-year average. When we compare our results with the results achieved by the police in the FBiH, we have, for example, twice as much solved cases in the field of economic crime than they do,” Lukac has said.

“The fact is that there are certain crimes occurring in Srpska, such as certain murders, attacks on certain individuals…but they are not only specific to Srpska, they are happening throughout the region, Europe, everywhere and the police must fight them.

Unfortunately, a journalist has recently been attacked; this is something that, in future, should be treated by law through some kind of protection of journalists as authorised persons as the work of a journalist is very specific and they are always exposed to attacks. One may like or dislike what the journalists write or say, but no one has the right to attack journalists, neither verbally nor physically, or endanger their lives, therefore this must be absolutely punishable,” Lukac has pointed out.

Lukac has stressed that much has been done concerning the modernisation of the Ministry of Interior in the past four years, but also in terms of training and education of young staff.

“Given that there were no vacant positions requiring high qualifications, we opened job competitions for position requiring high school diploma, and immediately 350 persons applied for the position of a police officer, regardless of holding university diploma, as they wanted a job. Many of them have been later appointed to the positions complying with their actual qualifications, i.e. they have been promoted to the positions requiring university diploma depending on the needs and retirement of personnel.

In this way, we have enabled people to get a job, and I believe this is the staff for the future. These are the young people who have started from the beginning, learned the police work from the basics and become the staff that the Srpska MoI needs,” said Lukac.

The Srpska interior minister has stressed that including the generation that is due to attend the Police Academy as of October, 766 young people have been trained.

“This is the number that was achieved during my term of office, which is higher than the total number of recruited personnel since the Srpska Police establishment. These young people are a new potential and a new power of the MoI. They have passed very good selection, education and practice and nowadays, on the streets in Republika Srpska, we can witness young policemen in new uniforms that give our citizens confidence and the hope that they are the people who can take care of their safety,” Lukac has said in an interview to SRNA.

“With the generation of trainees who should start working in the MoI as of October and with a generation of 333 new police cadets starting with the Police Academy, and through police and civil servants, as well as employees under my term of office, nearly 1,500 people will be employed. I am very proud of this fact, because these are mostly young people. We are talking about nearly 1,500 families who have safe existence and will remain in Republika Srpska, which is of great importance for both the MoI and Republika Srpska,” Lukac has said.

Lukac has emphasized that one of very important segments in the work of the MoI is to provide adequate equipment for each policeman so the work could be done in a proper and quality manner.

Commenting on the construction of the Zaluzani Training Centre, Lukac has stressed that this is a capital project that is of great importance for the MoI and Republika Srpska.

“Nearly BAM 10 million has been invested in the Training Centre so far and we are very proud of this capital project, which is of great importance for members of the Ministry of Interior, who will have everything they need in one place,” Lukac has said, stressing the Government recognised the need of the Republika Srpska MoI for such a centre, unique in the region, and showed its sincere desire to invest in the future of its police, which is also an investment in the safety and security of the Republika Srpska citizens.