Home Opinion Is Serbo-Croatian a language? 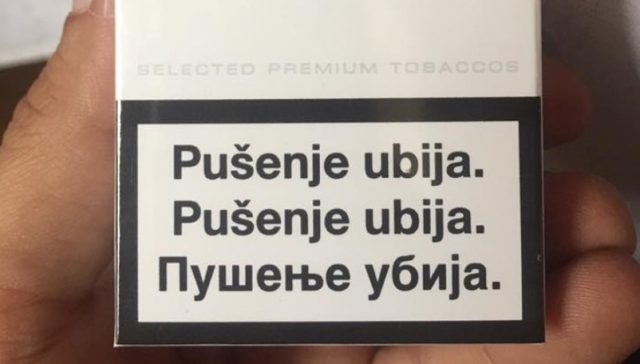 Some 17m people in Bosnia, Serbia, Croatia and Montenegro speak variations of what used to be called Serbo-Croatian or Croato-Serbian. Officially though, the language that once united Yugoslavia has, like the country, ceased to exist. Instead, it now has four names: Bosnian, Serbian, Croatian and Montenegrin. But are these all the same language?

The answer, according to a group of linguists and NGOs from the four countries, is a resounding “yes”. Working under the banner of a project called “Language and Nationalism”, the group issued a “declaration on the common language” on March 30th. It stated that the four tongues together form a “polycentric” language, similar to English, German or Arabic. They argue that while different dialects exist, these are variations of the same language since everyone who speaks it can understand one another. Indeed, this makes the four tongues more similar than the dialects of many other polycentric languages. The authors consider the insistence by educational and public institutions on the usage of only one of the four name variants to be “repressive, unnecessary and harmful”. The aim of the declaration is to stimulate discussion on language “without the nationalistic baggage and to contribute to the reconciliation process”, says Daliborka Uljarevic, the Montenegrin partner behind the declaration.

The insistence on calling Serbo-Croatian four different languages leads to endless absurdities. Children who live in the same town in Bosnia go to school in the same building but to classes in different languages. The Bosnian government portal is published in four languages: English, Bosnian and Croatian, which are written in the Latin script, and Serbian, in Cyrillic. Yet the region’s politicians do not need translations when meeting. When war criminals are on trial before the UN tribunal in The Hague, they receive interpretation in the dialect spoken by the translator who happens to be on duty. A well-circulated meme from Bosnia highlights the absurdity: it features cigarette packets that repeat “smoking kills” twice in the Latin script and once in Cyrillic, all spelled identically.

As in so many parts of the world, the tussle over language is political. Nationalist Serbs see the new declaration as one which attempts to undermine the link between Serbs in Serbia, Bosnian Serbs and Montenegrins. Defusing the language issue would take away a tool the nationalists have used to stir trouble; it emphasises differences. They fear for example that if everyone thought they spoke the same language in Bosnia then that would undermine their political ambition of eventually destroying the country. Nationalist Croats trace the struggle for independence, in part, back to the struggle of academics in the 1960s who claimed that Croatian was a separate language. If it were, then Croats must be a separate people, and hence not Yugoslavs, they argued. Yet most ordinary people do not care much about the issue. When they ask if you speak their language, more often than not, they call it simply naški, “ours”.