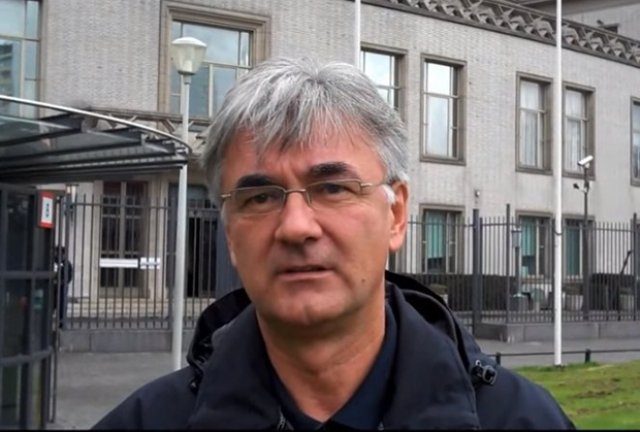 He asserted that it all came down to the functioning of Bosnia and Herzegovina where the politicians cannot agree on anything and now this – “Let’s say new evidence was presented in the Mladic case.”

“It has nothing to do with the lawsuit they want to submitted, nothing at all. The prosecutor’s case during the closing arguments was torn to shreds and the prosecutor was broken in the end,” noted Lukic.

“They are simply talking nonsense and trying to create another crisis in the Balkans. They only want to make the relations worse,” concluded Lukic.

In his opinion, for the revision to come to fruition, there has to be a new legal permit, and there isn’t one, because the three members of the BiH Presidency cannot reach an agreement.

Lukic is certain that Izetbegovic’s team have not seen a single piece of evidence from the Mladic trial and points out that Izetbegovic is obviously losing ground and looking to see how to maintain his post.

“The only thing that Bakir has obviously read is his father’s ‘Islamic Declaration’ since the book is cited as evidence. That’s all he knows about our case. It can be discussed by me and the people who worked on the case. What they are saying is just nonsense. It has nothing do to with reality or the truth, it is just politicking and very dangerous,” said Lukic.

Commenting on media reports that the main part of the revision was done by US diplomat David Scheffer, who took part in the formation of the International Criminal Tribunal for the former Yugoslavia, Lukic said those were all remnants of “Clinton and Obama’s rule.”

“Those are all interest groups. A US diplomat couldn’t care less about Bosnia and Herzegovina. They only want to take a few million dollars and create more chaos. Perhaps they even need a war here. Their stance about these parts, who they supported, who they attacked is well-known. This is just a continuation of such policy,” recalled Lukic.