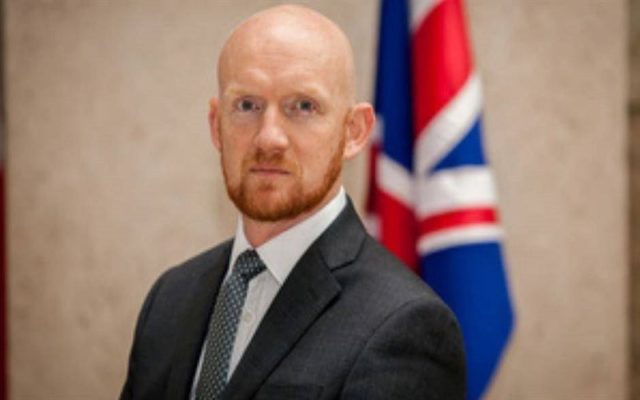 British Ambassador to Bosnia and Herzegovina, H.E. Matt Field has just published his new blog on Brexit and its impact on bilateral relations with BiH:

On 31 January, the UK leaves the European Union. With this departure, the UK Government fulfils a commitment made following the referendum of 2016. This was a democratic decision, and a historic one. It is understandable to ask what this means for the UK in Bosnia and Herzegovina – a country working to join that same organisation – and in the wider world. In both senses, you will see more not less of the UK.

Firstly, here in BiH. During my 18 months as UK Ambassador, I have said many times that leaving the EU does not mean the UK withdrawing. Quite the opposite. Easy words, but where is the evidence?

In 2018, long after the referendum decision to leave the EU, our then Prime Minister Theresa May hosted leaders from across the Western Balkans for a London summit under the Berlin Process. She announced a doubling of UK bilateral assistance to the entire region, from £40 million to £80 million, and increased staffing to work on political and security issues in our embassies.

These increases, which we will reach in the year ahead, have given our Embassy in BiH the tools to be more active, more visible, and hopefully have a greater impact. What are we trying to achieve? A stable, prosperous and functional country, an inclusive home for all its citizens. To put this another way, given the real challenge of people leaving, we want to help build a country in which everyone has the conditions and opportunities to stay and succeed.

I regularly ask people across BiH what specifically they would like the UK to focus on, to inform our priorities. So we are helping to reduce red tape for business to create more and better jobs, and depoliticising public companies to provide better services to citizens, especially in healthcare, transport and the environment. We are supporting more transparent and stronger courts, to tackle corruption and organised crime, and strengthening the election process to build confidence in results. We are teaching coding and critical thinking in every BiH primary school, and sending the largest ever group of BiH scholars to the UK to study, to prepare them for 21st century jobs. And we are supporting reforms in the BiH Armed Forces, to protect BiH interests and contribute to international security.

During the period ahead, the UK will work with the EU to agree the next stage of our relationship, across the many economic, security, environmental and other areas in which we are present today.

What then for the UK role in the world? We are leaving the EU not Europe, and will continue to play the same active role close to home. Our Prime Minister has vowed that we will be the strongest of European neighbours and allies. You will see us continue to work closely with the EU as a partner, because our interests, history and goals remain so closely aligned.

This is important in BiH, a country working to join the EU. It is not the UK’s place to tell BiH whether or not to join, but we do respect the overwhelming support here for that aim. And we will ensure our practical support complements the demands of EU accession, especially in the critical areas of rule of law, democratic institutions and creating economic opportunity, because these are the right things for BiH in the short-term, irrespective of EU membership in the long-term.

The UK continues to engage on the global stage through our defence, diplomacy and development commitments. We are permanently on the UN Security Council and a founding NATO member, meeting the targets of 0.7% of GDP on aid and 2% on defence. The new UK Government has also announced a new Integrated Security, Defence and Foreign Policy Review, to think through how we can meet the new challenges in front of us all.

As the 5th largest economy in the world, we want to continue arguing the benefits of free trade, in the World Trade Organisation and in all our trading relationships. British expertise, technology, innovation and entrepreneurialism will have to be constantly updated and developed, and we will need even stronger cooperation with our collaborators around the world.

Our values will still be evident in our championing of global causes. In November this year, the UK alongside Italy hosts in Glasgow the UN Climate Conference, or COP 26, to try to increase international ambition and action. We will stay at the forefront of campaigns on human rights, media freedom, girls’ education, and conflict-related sexual violence, and ready to tackle whatever lies ahead. We will keep walking the walk.

So I look forward to seeing even more of our friends and partners across BiH, and them seeing more of us.