A memorial service for Jadovno victims will be held on Saturday, June 15, beside the Saranova Pit on Mount Velebit, on the occasion of marking Day of Remembrance of Jadovno 1941, when more than 40,000 mostly Serbs and Jews were killed in the most heinous ways during the time of the Independent State of Croatia /NDH/.

The president of the Jadovno 1941 Association, Dušan Bastašić, told SRNA on Monday that a memorial service will be held at 12:00, after which participants of a prayer gathering will tour the place of the former concentration camp Jadovno in Čačića Dolac where the Association erected a memorial cross in 2012.

“A devastate monument erected above a pit in which mortal remains of victims are still located is near the place of the former concentration camp, where a memorial cross was erected,” said Bastašić.

He has said that participants of the prayer gathering will then visit the Church of St. Peter and Paul in the yard of the Nikola Tesla Memorial Center in Smiljan near Gospić.

Bastašić has said that there is a mass grave beside the church with mortal remains of more than 550 Serbs from Smiljan and surrounding villages killed in WWII and added that a memorial cross was erected at the mass grave last year.

According to him, after that, participants of the prayer gathering will tour the village of Medak and the monastery dedicated to the beheading of Holy John the Baptist, where they will have lunch, after which they will return to their homes.

Bastašić appealed to Republika Srpska institutions, Serbian entrepreneurs and people of good will who are aware of the need to preserve the memory of the Jadovno and Pag victims to donate money to the Jadovno 1941 Association.

“This year also we encountered the painful fact that we are no able to provide transport to Jadovno for all those who would like to go since there are many descendants of victims from the Herzegovina, Bijeljina, and Janja, and bus transport is very expensive,” Bastašić said.

Bastašić has said that all details about the next gathering and donations to the Associations are available on the web site jadovno.com.

The Jadovno 1941 Association from Banjaluka has organized for the 10th year in a row a prayer gathering with the blessing of His Grace the Bishop of Gornji Karlovac Gerasim.

A prayer gathering on Mount Velebit has also been approved by the Gospić police station whose police officers will provide security to the participants.

At least 40,123 people were killed in the complex of death camps Gospić-Jadovno-Pag in WWII in 132 days. The first concentration camp for women and children in WWII was opened in Metajna, on Pag Island.

Day of Remembrance of Jadovno is included in the calendar of important historical events of the Republika Srpska Government’s committee tasked with nurturing traditions of liberation wars. 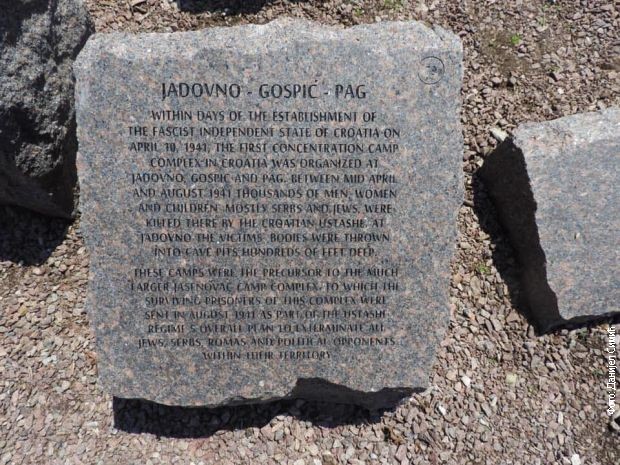