Home News Memorial service to Spomenko Gostić, the youngest soldier of the Republic of... 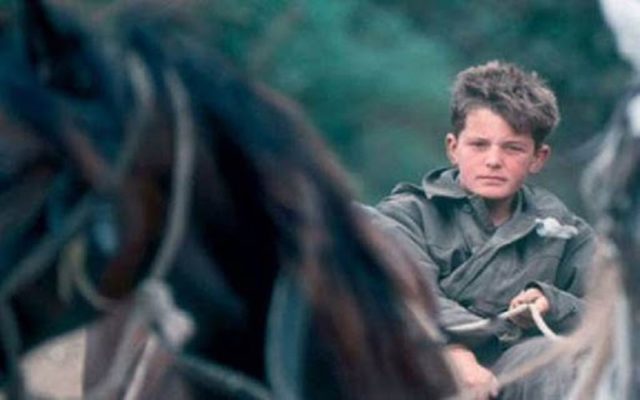 The memorial service and laying of wreaths will be at the Spomenko Gostić Memorial in the port of the Church of the Nativity of the Blessed Virgin, after the liturgy.

Mile Savić, author of the documentary “Spomenko on Eternal Watch,” told Srna that Spomenko is not a local story, but a symbol of the courage of a young man fighting for his doorstep.

– Spomenko is a shining example of humanity and selflessness, sacrificing himself for others – said Savić, noting that in these difficult times affected by the pandemic, we should not be selfish, as was not Spomenko.

He explains that the book was derived from Spomenko’s words, which he said in 1992, “I’m fine, I sleep with the military, I eat with the military. I have no father, I have no mother, and my grandmother died there at home, but “There are plenty of kids on Ozren who do not go to school, have nothing to wear, eat and drink. I appeal to my peers and all good people to help with clothing, footwear and medicine.”

Savić points out that we should all be guided by these words of Spomenko and help the vulnerable around us.

He points out that Spomenko is a shining example of humanity and selflessness that he has sacrificed for others and that it is the duty of society to repay the little boy and the big man.

Savić said that the proceeds from the books sold, as well as the assistance of priest John Marian of Canada and parishioners of the church in which he was priestly, had been purchased with a stone to make a statue of Spomenko Gostić.

– The stone is about two meters high and is currently in the sculpture of Željko Aleksić, which begins with the construction – said Savić and thanked that people from Ozren, currently living in Switzerland and other individuals who wanted to contribute to this historic project joined the action.

He expects that by the end of the year the Statue of Monument in the circle of the Ozren Monastery in Petrov will be unveiled, for which the blessing of His Excellency the Bishop of Zvornik-Tuzla Fotije was obtained.

Spomenko Gostić (born in 1978) as a member of the Republic of Srpska Army died of a shell on March 20, 1993, not far from his village of Jovići on Mount Ozren. Then, besides him, five other Serbian soldiers lost their lives.

He is buried in the Upper Cemetery Local Cemetery, where his mother and grandmother are buried. This place, as well as the Memorial village of Jovići, is today located in the Federation of BiH.

After being alone in the war, Spomenko joined the army, where he first served as a courier and later distributed food to the soldiers.

A few months before the death, he encountered a mine while carrying a horse-drawn carriage of food along the line. The horses were then killed and Spomenko was slightly injured.

He later went to artillery, where he ended his young life.

More than two decades after the death, the young hero from Ozren was given a memorial bust in Doboj, at the port of the Nativity of the Blessed Virgin.

Members of the Association of Children of Fallen Veterans of “Heritage” of Republic of Srpska restored the monument at the local cemetery in Gornji Ulišnjak in 2017, and Doboj artist Deni Božić painted a mural with the image of Spomenko Gostić in Doboj.