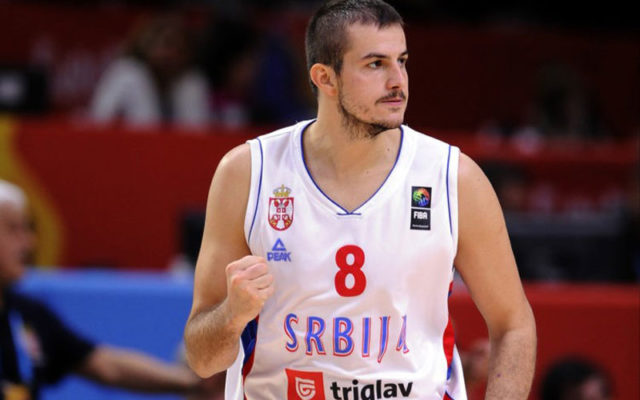 Former Euroleague national team and former Euroleague MVP Nemanja Bjelica has been nominated for the best team of that league in the last decade, their website announced. Bjelica was selected as the best Euroleague player in 2015 when playing for Fenerbahce.

Nemanja Bjelica, who transferred from Red Star to Basque Country and made his Euroleague debut in the 2010-2011 season.

After three seasons, he moved to Fenerbahce, where he coached with head coach Zeljko Obradovic in the 2013-14 season.

He played five full seasons in this competition and then moved on to the NBA.

Bjelica is in the 2014-15 season. selected to the best team and won the title given to the best player of that competition, averaging 15 points, nine rebounds and three assists. He had a solid debut on the finals, averaging 14.5 points and 7.5 rebounds and a double-double with 18 points and ten rebounds in the game for third place against Moscow CSKA.

The Serbian national team is currently engaged in the NBA in Sacramento.

Bjelica is the fourth Serbian basketball player to be nominated for the team of the decade, with Nenad Krstic, Bogdan Bogdanovic and Milos Teodosic previously nominated.

TheSrpskaTimes - 03.08.2021
0
Prime Minister of the Republic of Srpska Radovan Višković recieved the Charter of the Municipality of Sokolac - the highest decoration awarded on the...