Serbia’s Novak Đokovic was acclaimed Laureus World Sportsman of the Year after his remarkable 2011 when he won three Grand Slam events – the Australian Open, Wimbledon and the US Open – and took away the tennis world No 1 ranking from Rafael Nadal.

“In the last couple of years I had doubts if I could really make it, if I could become the world’s best tennis player, if I could win major titles and compete with two great competitors in Roger Federer and Rafael Nadal. But I’ve finally managed to do it with great dedication, great self-belief and great support from my team.” I want to thank the world sport media for nominating me for this Award, and definitely the members of the Academy who voted for me. I’m sure it was a difficult choice considering the greatness of all the other athletes who were nominated for this Award. It is really beyond words to explain how I feel.” 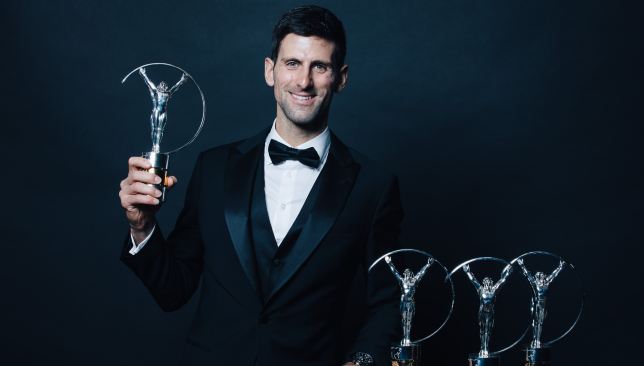 It was fitting that we gave the last words of #Laureus19 to an athlete who epitomises so much of what we admire in our sporting heroes.

What a speech @DjokerNole… pic.twitter.com/kQpZm5RK1M

American Simone Biles, 21, was named Sportswoman of the Year after winning four gold medals, one silver and one bronze at the 2018 World Championships.