A couple of weeks ago we celebrated 10 years from a very magical moment in history of Manchester United. Nemanja Vidić was signed in winter 2006. from Spartak Moscow. Then 25 year old Serb rejected the offer from Liverpool, and decided to go to Sir Matt Busby Way. I am sure that the fans on Theater of Dreams weren’t convinced that this guy would end up being one of the greatest defenders in the world.

We were 100% certain. There wasn’t a single doubt in our minds. This guy was something special. A true warrior, in the most honorable sense of that word. Always ready to go the extra mile. Willing to put his head on the line. A guy who always makes a difference, and never ever gives up.
It wasn’t easy, and it took some time… but, boy oh boy, when the time finally came.

He became Ferguson’s ultimate weapon. True authority on the pitch. A single force capable of stopping anyone and anything. Feared and respected by the opponents, loved and honored by teammates and worshiped by the fans.

He could even score. It wasn’t his job, but he could do it, and usually did it when the team needed it the most. When he was healthy, he was the one constant you can always count on.

And that is how you become the captain of the greatest football club in the world. 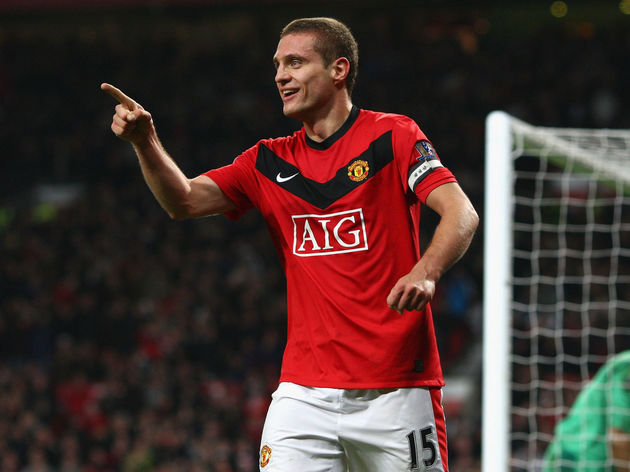 Tomorrow, 30th of January will be three full years since my first, and so far the only visit to Theater of Dreams. From a seat right behind our goal, I had a chance to admire my fellow countryman, who I’ve seen so many times in Red Star jersey. He led the defence. And we won.

That season the last Premiership title was won. Sir Alex left, and the following year so did Nemanja. Soon, Giggs, Scholes and Ferdinand retired.

Nemanja retired today at the age of 34. The wounds took their toll. If you ask him, he’d tell you it was worth it.

Because that is how you become immortal.