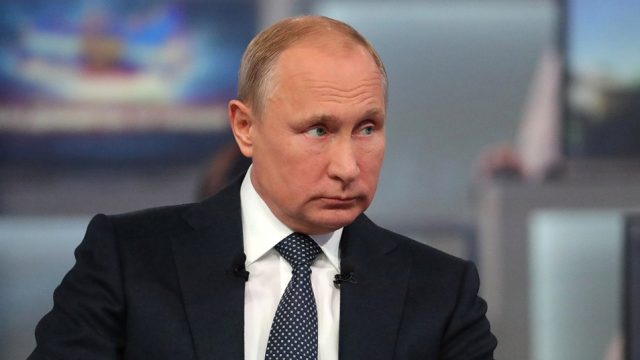 Vucic said that he did not see any problems from the “Russian side” after US President Donald Trump sent him a letter, and that he will speak about everything openly with Putin, “as always” – and this includes Trump’s letter.

“As for the Russian reactions, I did not see them. I’m awaiting Putin’s arrival on January 17 with joy. I never had a problem talking to him openly. But I’ve seen no problems from the Russian side,” Vucic said, replying to a journalist’s question about “media reports about the negative reaction to Trump’s letter in a part of the Russian public and, possibly, in certain political circles.”

Vucic said that, if the reaction of the media was to be considered, it was easier to him to see what was in the Serbian media, “by the way, much harder and worse than in the Russian – and I don’t see why I would commented on the Russian media.”

He also pointed out that Trump’s letter was “rational, as can be expected from a US president, since the United States recognizes Kosovo”:

“But for us, the good news is that the role of Belgrade is required, while Pristina is told that it has to negotiate with Belgrade,” Vucic said.

Vucic reiterated that an agreement between Belgrade and Pristina is not close at hand, but that he will not give up on seeking a compromise solution for the Kosovo and Metohija issue, “because that is his fight for peace, stability and the future of Serbia.”

“We are not close to any agreement, and I am not saying that to justify myself to anyone, but because I’m dissatisfied and unhappy that it is that way,” Vucic said in response to journalists after his meeting with Greek Prime Minister Alexis Tsipras.

For Serbia, Vucic underlined, it would good to have some agreement, but, he repeated, we are very far from any – “although Trump believes we are close.”

According to him, it is always better to reach an agreement and arrive at any compromise solution, that to have a bad solution find us.

He reiterated that “Serbia will not allow the endangering of the lives of Serbs in Kosovo.”

“When everyone is saying that we will easily achieve some goals with weapons, and I know the state of the military and the police better than anybody else in the country… And since I know that my question is who will be guilty tomorrow or who will be resented if your father, brother or child is returned in a casket. And then Vucic will be responsible,” he said.

That is why, said the president, he is “fighting for peace, stability and for compromise, and not for war and conflict.”