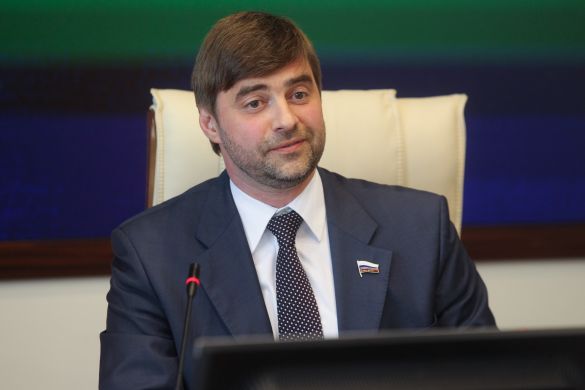 Deputy Secretary General of the United Russia’s International Cooperation General Council, Sergei Zheleznyak, has stated that Russia will do everything for both Republika Srpska citizens and Republika Srpska itself to feel their rights will be protected.

Zheleznyak has stated that, at the moment, “the strengthening of Serbia’s safety affects well the safety in the Balkans and also the safety of Republika Srpska citizens “.

“A strong Serbia, together with Russia, is a powerful guarantee for some who do not think well for the countries in the region. I am confident that we will do whatever it takes for the citizens of Serbia, Republika Srpska and other countries in the region to feel safe,” said Zheleznyak at the press conference after the meeting with the Leader of Serbian Movement “Zavetnici”, Stefan Stamenkovski.

“NATO troops /soldiers/ have diplomatic immunity in Serbia. Those are the troops that bombed Serbia. Russian humanitarians who have never bombed but only saved people – have not gained such status,” said Zheleznyak.

He has recalled that the members of the Humanitarian Centre cleared large areas of mines and saved thousands of lives in the fires which hit Serbia and pointed out that the centre in Nis will continue to develop its humanitarian mission, regardless of the status of its workers.

Zheleznyak has said that Russia never interferes in the internal affairs of sovereign states, but, as he noted, “every solution defines the further development of relations between the countries.”

He has welcomed efforts to form the Balkan alliance of military neutral countries and concluded that the military neutral Balkans is a main path towards the maintenance of peace in the region.

Zheleznyak has said that the relations in the Balkans are such that the decisions, such as entering into a military alliance such as NATO, are best made on the decision of these countries’ citizens.

He has stressed that Serbia is a good example when it comes to the national interests and military neutrality maintenance and pointed out that the military neutrality and strengthening of defence capabilities – are the foundations that consolidate Serbian society.

Expressing his belief that there are great potentials for further development of cooperation between the two countries, Zheleznyak has pointed out that Russia and Serbia are the same minded in all fields, share common values and history through the centuries, but also their presence.

He has said that ” the rights of Serbs are violated, the Serbian language is prohibited as well as the preservation of religious values in many Balkan countries.”

“This is unacceptable in the 21st century and we will support the rights of Serbs at all levels,” said Zheleznyak.

Leader of the Zavetnici Movement Stefan Stamenskovski has said that Russia does not interfere in the internal affairs of Serbia and concluded that the members of the Russian-Serbian humanitarian centre in Nis ” should have gained diplomatic immunity long time ago.”

He has stated that he had recently initiated the adoption of the Law on military neutrality, which would provide a full guarantee for Serbia’s path to the future.

“A strong, neutral Serbia is the only alternative, and this idea could be applied on creation of the alliance of military neutral countries in the Balkans, with the security and strategic dependence on the Russian Federation that is proven fighter against terrorism,” concluded Stamenskovski.