President Vucic supported the efforts of Director-General Azoulay to preserve the core values ​​of UNESCO’s and to prevent the politicization of that organization.

President Vucic said that Serbia appreciates the activities of UNESCO in protecting the endangered Serb historical, cultural and religious heritage in Kosovo, considering that this is the heritage of the whole world.

President Vucic expressed support for various UNESCO programs in all areas covered by the organization, especially in the area of ​​education. 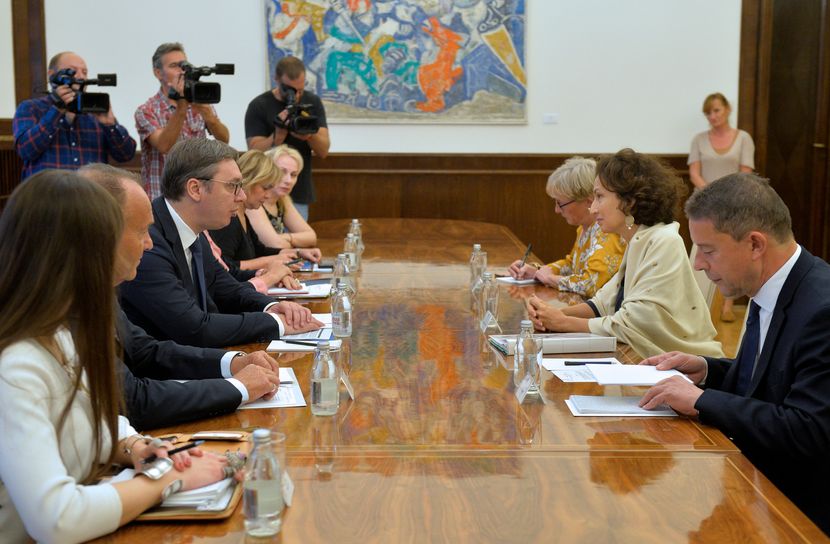 The two interlocutors agreed that it was important to prevent a negative impact of modern technologies on the education of young generations.

According to a statement, Azoulay said that Serbia, as a member of the Executive Council, is a big supporter of her efforts to reform UNESCO.