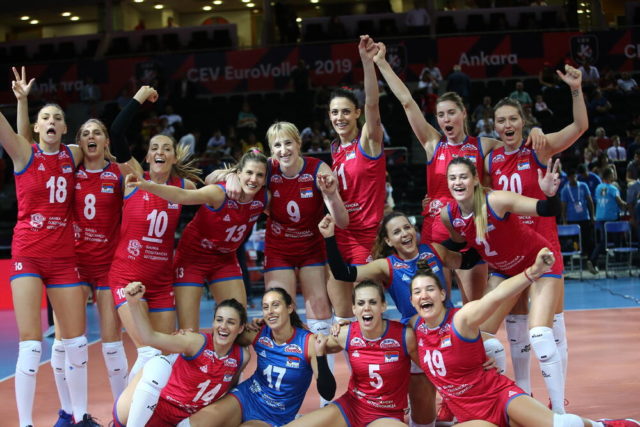 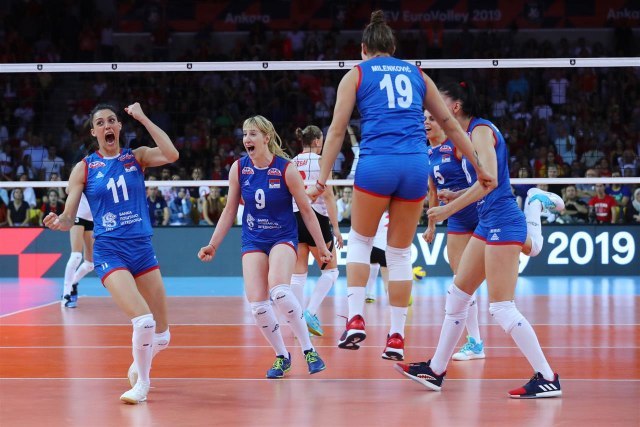 Our female volleyball players managed to win a gold medal with all nine championship wins, beating Turkey for the second time after the group stage triumph.

This was the third gold medal for Serbia in the history of European Championships, also the third in the last five championships (gold won in 2011), with their worst rank being fourth. 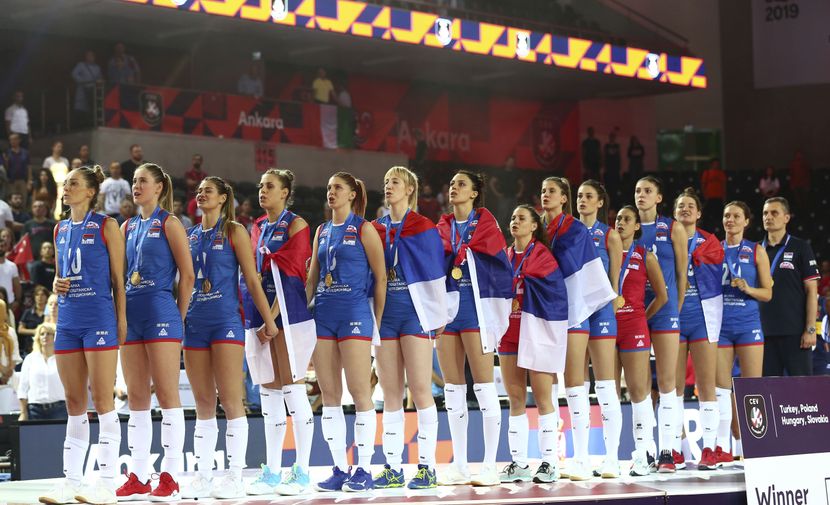 Their Turkish counterparts played really well, supported by the audience in the packed arena in Ankara, but hadn’t managed to defeat Serbia and take over European Championship title. So, Serbia is still Europe’s reigning Champion!

The President of the Republic of Srpska Željka Cvijanović extended congratulations to the Serbia women’s national volleyball team, the coach Zoran Terzić and the entire professional team for winning the gold medal at the European Championships.

“On behalf of the citizens of the Republic of Srpska and on my behalf, I extend my sincere congratulations over the great success and winning the gold medal at the European Championships in Turkey.

By your great performance throughout the championship and demonstrating superior sports skills, you have proven that perseverance and teamwork deliver the best results.

The citizens of the Republic of Srpska were happy to follow your matches, and you, once again, have made us proud and happy with your exceptional performance and achieved success.

I wish you much success in the upcoming competitions and I am convinced that you will continue to achieve top results, which we will together look forward to”, reads the congratulations note of the President of the Republic of Srpska.