Tanjug is reporting that the visit has garnered major “media attention in the country.”

The agency said the president kicked off the visit with a tour of a Cuban cigar factory and then meet with Esteban Lazo Hernandez, president of the National Assembly of People’s Power.

Vucic and Hernandez discussed the two countries’ cooperation in economy, but also mutual support on the international plane, said a statement from Vucic’s office, quoted by Beta.

Vucic thanked Cuba for its position on Kosovo and Metohija and for advocating the respect of territorial integrity and sovereignty of member countries of the United Nations, and added that Serbia would continue to support Cuba in the UN and in other international organizations.

“We are proud of our friendship and I believe this visit will improve our economic cooperation,” Vucic said.

He also said that Serbia was interested in increasing the volume of trade because, in his opinion, there was room for cooperation in the fields of agriculture and food industry, biotechnology and genetic engineering, tourism, construction and energy.

An increase in trade between Serbia and Cuba, Vucic said, is possible “bearing in mind the economic reforms which Cuba has started, which open doors to foreign investments and cooperation in trade,” the statement reads.

Hernandez said Cuba was a true friend to Serbia and recalled that the two countries’ diplomatic relations had been going on for 75 years now.

At the invitation of the University of Havana, the Serbian president delivered a lecture entitled, “Serbia in Europe – Guardian of Independence and Sovereignty.” 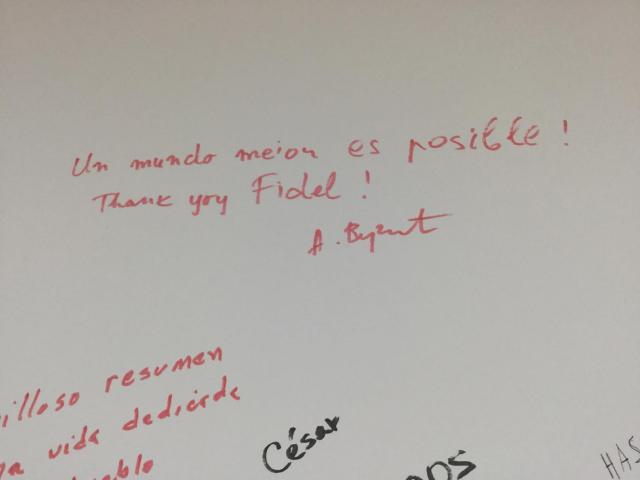 According to a statement issued earlier this week by his office, Vucic will also meet with President of the Republic of Cuba and of the State Council Raul Castro.

Vucic is planned to tour the Special Development Zone Mariel and the Center for Genetic Engineering and Biotechnology.

During the visit, Vucic will lay a wreath at the monument to Cuba’s national hero Jose Marti and visit the memorial complex.