(CNN)It’s early evening and you’re with friends, enjoying a drink or two. The sun is shining after all and it’s been a long week.

The river nearby shimmers in the light. You follow its course, your eyes gradually moving up, up, over your head and then down to the other side. Eventually the water meets in a perfect circle, back where you began. Everything is as it should be. You’re a resident of a Bernal Sphere, floating on the far side of the Moon — you’re used to the artificial gravity by now.
As retrofuturist artwork goes, few reach the outlandish heights of Rick Guidice and Don Davis, commissioned by NASA in 1975 to illustrate potential space colonies.
The designs sprang from the mind of a team at the NASA Ames Research Center, spearheaded by Gerard O’Neill, a Princeton professor given grants by the American space program to conduct a ten week study into off-world structures.
Working with architects, researchers, engineers and scientists in Mountain View, California, O’Neill assessed whether his ideas were feasible, eventually drawing up three concepts to present to NASA: the Bernal Sphere, the Toroidal Colony and the Cylindrical Colony.
Each used centrifugal force to generate artificial gravity, reflected in their circular designs and vast solar arrays to power their rotation. Inside verdant landscapes offered comfortable living in Modernist homes.
Bauhaus structures popped up among lakes and forests; elsewhere whitewashed villas and terracotta patios brought Ionian charm to the cold vacuum of space. 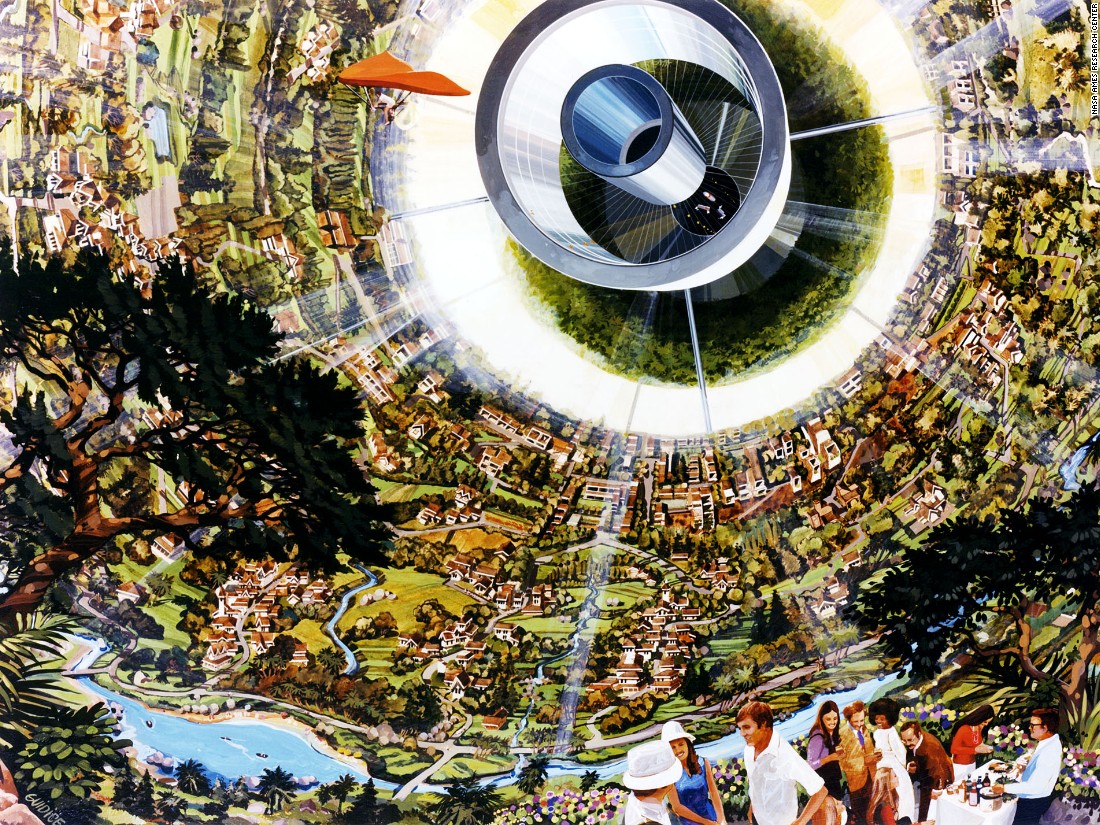 The largest concept, the Cylindrical Colony, had the potential to hold a million people at a time. For all intents and purposes, they were like Earth — only turned inside out. O’Neill speculated that with the right technological developments, construction could begin as soon as 1990.
Forty years on, O’Neill’s designs continue to intrigue, and have inspired numerous derivatives. Perhaps the most high profile was Cooper Station, a satellite seen in Christopher Nolan’s “Interstellar” — a compact version of the Cylinder Colony, later dubbed the “O’Neill Cylinder”.
It may yet be centuries before an object the size of O’Neill’s colonies is ever constructed in space. For now we’ll have to live with the images of what might have been — and what, just possibly, might still be to come.
Source: CNN