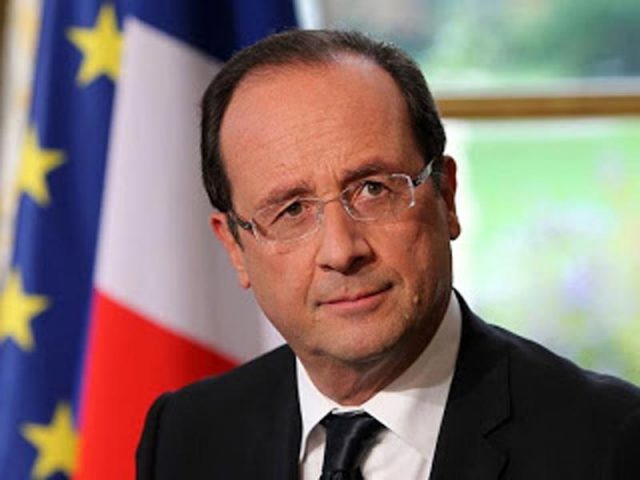 “The British have, on their referendum, decided to leave the EU. This is a painful choice and I am very sorry for the United Kingdom and Europe. But it is their choice and we have to respect it facing all its consequences. United Kingdom will therefore no longer be part of the European Union and the procedure provided for that event in the contracts will soon be implemented, it is the rule, and this is the result.

Voting in the UK leaves Europe seriously challenged. In these circumstances it has to show its strength and force, providing the necessary answers to sway the economic and financial risks of the UK leaving. Measures have already been taken and I have confidence in their effectiveness.
But Britain’s decision also requires that we review, with the lucidity, the functioning and the imperfections of Europe and the loss of trust of the people in the project that it represents.

The danger is enormous, it comes from extremism and populism. It always takes less time to decompose something that to assemble it, to destroy something than to build it. France, a founder of Europe, will not accept it.

It is necessary to wince; Europe has to go forward, it can no longer behave as it did before. The peoples of Europe expect Europe to reaffirm its values. Values ​​of freedom, tolerance and peace. Europe therefore needs to be a sovereign power which decides on its fate and needs to defend its own model.

France will therefore have to take the initiative to focus on the essence of Europe: the security and the defence of our continent to protect our borders, and to preserve the peace, faced with threats, to preserve investments for economic growth and employment in order to implement industrial policy in the field of new technologies and energy transition, as well as fiscal and social harmonisation in order to ensure the rules of our economies and guarantees to our compatriots; finally it needs to strengthen the euro zone and its democratic governance.

It is my belief that Europe needs to be responsible for the project and not to get lost in procedures. Citizens need to understand and control it. It needs to make decisions quickly where it is expected and to leave, once and for all, to the national states all of that what is within their exclusive jurisdiction. This is the mandate that I will present to the European Council next Tuesday. Before that, I will meet with political representatives of major political parties in our country. Also on Monday I will go to Berlin to discuss with Chancellor Merkel and possibly with Matteo Renzi what needs to be done, especially for the preparation of this Council. I will go to Germany, because our unity depends on the cohesion of the European Union. Europe is a great idea, not only a huge market. Probably the idea got lost because we have forgotten it. Europe must continue to be a hope for young people because it is their future. It’s our history knocking at the door right now. There is a risk that Europe will be disunited, that it will be closed in itself, nd there is an option for Europe to reaffirm its existence with profound changes. I’ll do anything to make those profound changes and not the introversion, since France has a special responsibility, because it is in the heart of Europe, because it wanted Europe, because it built Europe, because it is a country that can take the lead and take the others and it is the country that can preserve the future of our continent. It is my belief as a Frenchman and as a European, and this is what will define me in the conduct of our country in this crucial period, since we know that we will be judged by history about what we do now. Since the history is here and now, let’s be at the level of circumstances we are going through. Thank you.”