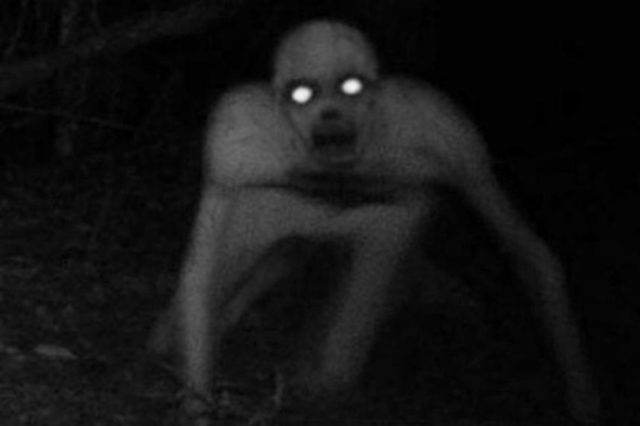 The “Drekavac”, or literally translated  “the screamer” or “the screecher”, is a mythical creature in South Slavic mythology.

In Eastern Serbia, it has been depicted in the form of a humanoid canine creature that walks on its back legs.

The monster was originally thought to have come from the souls of sinful men, or from children who died unbaptized.

It was popularly believed to be visible only at night, especially during the twelve days of Christmas (called unbaptized days in the Serbian language) and in early spring, when other demons and mythical creatures were believed to be more active.

When assuming the form of a child, it predicts someone’s death, while in its animal form, it predicts cattle disease. The drekavac is believed to avoid dogs and bright light,  and if the shadow of drekavac falls upon some person then that person will turn sick and die.

The Drekavac is also mentioned in literature, as in a short story by Branko Ćopić, “Brave Mita and the drekavac from the swamp”, in which a group of superstitious fishermen stop fishing because they hear mysterious yells in the pond, where they were usually fishing, and start to believe that the sound they heard was the drekavac, which led to hunger in the village. The protagonist of the story, a courageous village boy named Mita, investigates this mystery and captures the “drekavac”, which turns out to be a great bittern, a very rare bird for the area. The same monster was mentioned in another Ćopić’s story called “Eagles Fly Early”.

This legend is created mainly to scare children and stop them from going alone far from home.