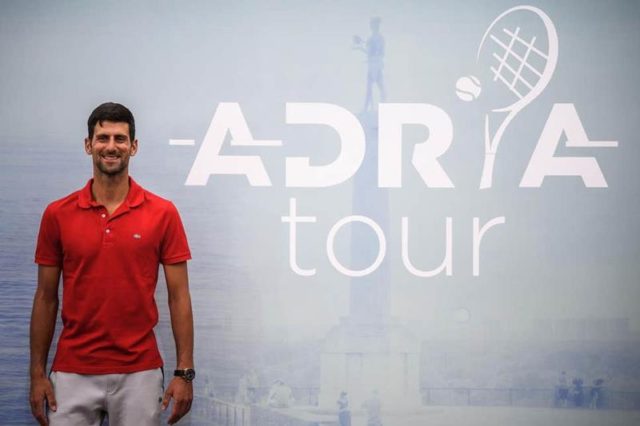 The best Serbian and world tennis player, Novak Đoković, stated that the humanitarian tennis tournament “Adria Tour” will be officially opened on Friday, June 12, in Belgrade, where he will gather the world tennis top for a few days, and then visit other locations in the region.

– With God’s help and good weather, there will be a spectacle for those two to three days – Đoković told RTS, talking about the tournament that will start in Belgrade on June 13 and 14, be continued on June 20 and 21 in Zadar, then on June 27. and the 28th in Montenegro, and then the 3rd and 4th of July in Banja Luka and the 5th of July in Sarajevo.

He added that on Friday, June 12, an opening ceremony will be held at 4 pm, which includes a music program, in which one of the world’s leading violinists, Nemanja Radulović, will perform with his orchestra.

Đoković added that one of the world’s leading pianists, Lola Astonova, will perform, while the children’s choir “Magic” will sing the anthem of Serbia, with the choreography in the stands.

– We hope that the beautiful picture will travel to everyone – said Đoković, noting that the tennis tournament will be one of the biggest sporting events in the world during the coronary virus pandemic.

He stated that on Saturday and Sunday, June 13 and 14, matches will be played within the tournament format, ie two groups of four players, each playing with each other so that everyone who bought a ticket for the daily session will have the opportunity to see every tennis player at least once.

Đoković said that mixed doubles will be played, he and Jelena Jankovic, who is returning to tennis after two years, against Olga Danilović and Nenad Zimonjić, and then the men’s doubles, where Nenad Zimonjić, Viktor Troicki, Grigor Dimitrov, who arrived in Belgrade for the first time today.

According to him, the matches will start at 2:00 PM, although visitors must come at 12:00 PM due to checks and security measures, social distance.

He stated that there will be a lot of content for children in the open “tournament village”, and a children’s tennis day on Friday, so all participants in the tournament will play with children.

Đoković said that the US Open is not sure yet and that the decision will be made at the end of this month, but that the measures are very strict, including a 14-day quarantine for tennis players who do not live in the USA.

– The most realistic is that the season will continue on clay at the beginning of September – Đoković added.