Home Politics THERE IS NO ANY HIDDEN AGENDA BEHIND A REFERENDUM ON REPUBLIKA SRPSKA... 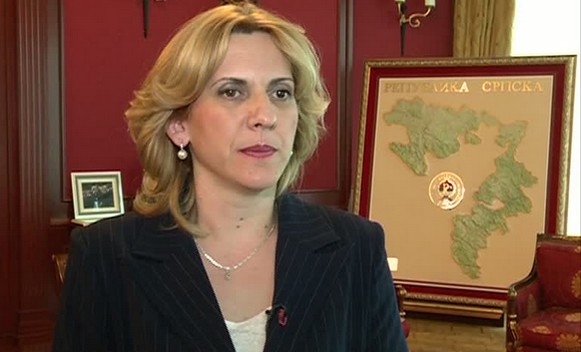 Republika Srpska Prime Minister Zeljka Cvijanovic told SRNA that there was no any hidden agenda behind a referendum on Republika Srpska Day to be held on September 25 and that it was not directed against any of the peoples in BiH or any of the institutions.

It is advisory in nature and there are no any hidden agenda behind it, which is clearly confirmed by a referendum question, says the Republika Srpska Prime Minister.

Asked by SRNA to comment on reactions by Bosniak politicians and IC representatives to the announced referendum in Republika Srpska, Cvijanovic says that they are hysteric and unnecessary and that they only demonstrate what kind of a state BiH is.

“A referendum is a celebration of democracy; it is so in every country where one is held, and it will be so in Republika Srpska as well. It is not anti-Dayton or anti-constitutional, it is not directed against BiH institutions, as political Sarajevo, which has been reacting hysterically for years to all sort of things, is trying to represent it. They [in Sarajevo] are producing tensions, not Republika Srpska,” the Republika Srpska Prime Minister has said.

She says that a referendum is a democratic response to assaults by political Sarajevo on Republika Srpska.

“These assaults must stop, otherwise, we will have to ask people every time for their opinion,” Cvijanovic said.

Responding to a remark that Sarajevo and the IC are afraid that this is but the first in a series of referendums which will result in the one on a secession of Republika Srpska, Cvijanovic said that this was the thesis promoted by them, not by Srpska.

“We are defending ourselves, we are not attacking. We are not threatening with a conflict or secession, we are not sabre-rattling, they are. This spoiled and hysteric political Sarajevo has become the way it is thanks to foreigners who long ago put themselves in the service of Bosniak politics and who are interpreting important things in an extremely arbitrary and biased way, and always to the detriment of Srpska,” Cvijanovic has said.

Asked if she expects the IC to react, Cvijanovic said that there were no reason whatsoever for something like that and that it would be counterproductive.

“They know that this would additionally unite us in Republika Srpska, which they do not want, so they took another road by putting pressure on domestic institutions at the BiH level so that they would procedurally disable the holding of a referendum in Republika Srpska. But, the referendum will be held since it is not a threat to anything or anyone, which is why all this political fuss is needless and meaningless,” Cvijanovic has said.