Home Social They knew they wouldn’t return from the war: 3 brothers left behind...

Today, the photograph is guarded as a memory of their heroism and commitment to their family and their homeland.

When the Serbs left to fight in the Balkan Wars and in the First World War, it was a custom to plant a tree, build a fountain or contribute to the restoration of a village church. Three brothers from Dedevci – Tihomir, Jeremija and Mladen Petrovic – did not have much money, so they planted three pine trees on their father’s land, one for each of them.

Sensing that they would not return alive from the Second Balkan War, their great wish was to have a joint photograph in military uniforms, that would be left to their family as a memento. Since there were no photographers in Kraljevo and the surrounding towns, Tihomir, Jeremija and Mladen made their way to Belgrade, where a well-known Belgrade photographer, Ljubisa Djonic, took the photo. They could not afford more than one picture.

The foreboding of the three warrior brothers, recipients of the Karadjordje Star and the Milos Obilic medals, came true. Two of the Petrovics died in Albania in 1913 – Tihomir was 29, Jeremija 24 at the time. The youngest, 18-year-old Mladen gave his life for his fatherland in 1915, also in Albania. 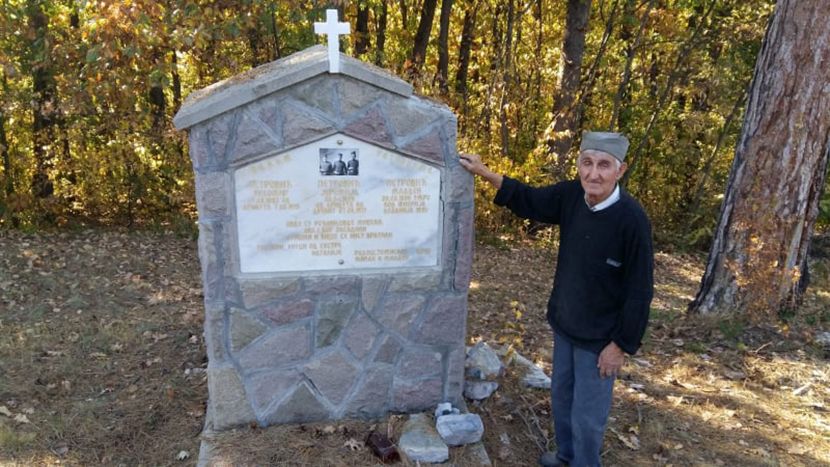 One pine tree and a photograph for the tombstone are all that’s left.

Stormy winds, rain and snow, especially lightning and thunder during have done their work over the past decades: of the three pines, only one remains, and it, too, is counting its last days, aged 107. Due to a lightning strike last spring and a fire that was smoldering on its branches and trunk for days, the remaining pine is withering rapidly.

The photo of the Petrovic brothers was put by their descendants on a tombstone recently built next to the hundred-year-old pine tree.

Well-known Kraljevo historian Miroljub Arsic, an expert in Serbia’s history in the 19th and 20th century, says that the Petrovic brothers are a shining example of heroism and patriotism unprecedented not only in the history of our people but also in Europe.

“We felt great obligation, admiration and love for our brave grandfathers and us four brothers, their descendants, built a monument to their glory and honor,” – says Rados Matovic, a descendant of the famous warriors.

In 1913, nine young men, including Tihomir, Jeremija and Mladen, none more than 30 years old, went to war from the two Petrovic houses – and they all gave their lives for the fatherland’s freedom.