Home News Veritas: No One Was Responsible for the Killing of 348 Serbs 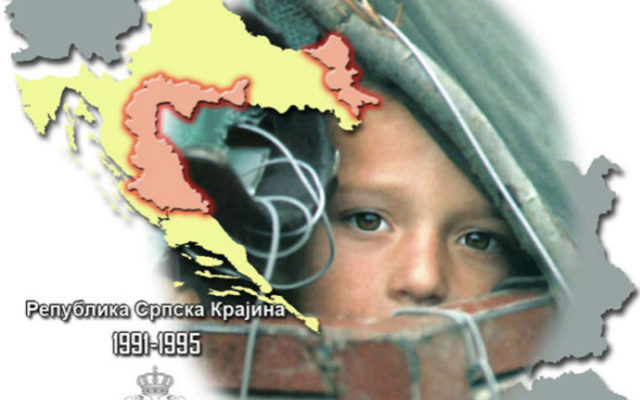 Tomorrow marks the 27th anniversary of the aggression of Croatian forces on the southern parts of the Republic of Srpska Krajina (RSK), under the code name Maslenica, in which 348 Serbs were killed and disappeared in 1993, including 55 civilians, 34 women and three children under the age of 12, it was announced from the “Veritas” Documentation and Information Center.

Although the aggression was carried out on the UN-protected area and in front of the eyes of many UNPROFOR members, no one has so far been prosecuted for crimes against Serbs committed in this action, Veritas said.

The victims include 65 volunteers from Serbia and BiH, who came to Ravne Kotar to defend their centuries-old hearths with the native Serbs.

Out of the total number of victims so far, the fate of 337 people has been clarified, while 11 more are on the register of missing persons, including six civilians, including three women.

In the escape, 165 more died in the next few months, mostly the elderly.

The aggression was carried out during the implementation of the Vance Plan, which a year earlier put the RSK under the protection of UNPROFOR.

It was Croatia’s third aggression against the UN-protected area, whose membership had been received two years earlier, the statement said.

Over the next few days, the Croatian armed forces managed to occupy several tens of kilometers square in Ravni Kotari, including the Zemunik Airport, as well as several heights on Velebit, and take control of the Peruć dam and hydroelectric power plant.

The Serb villages Islam Grčki, Kašić and Smoković, as well as the ethnically mixed villages of Murvica, Crno, Zemunik Gornji, Poljica and Islam Latinski, suffered the most from this aggression.

Serbs from these villages were killed, exiled or taken to prisons and camps and their properties were looted and destroyed, while cultural monuments, cemeteries and churches were devastated, desecrated or demolished.

More than ten thousand Serbs who have been displaced around the world have been expelled from these equatorial villages.

One of the grave crimes of the first day of the aggression occurred at the Mali Alan Pass on Velebit near the UNPROFOR observation post when 22 members of the Croatian Special Police Alfa were ambushed and massacred by 22 members of the Serb Krajina Army (SVK) in the Gračac area.

The massacre was committed by members of the Fifth Platoon of Alfa commanded by Milijan Brkić aka Vaso, current deputy HDZ president and vice-president of the Croatian Parliament, Veritas said.

The Maslenica operation was planned and executed by Janko Bobetko, Ante Gotovina, Ante Roso, Mirko Norac and Mladen Markač, with the knowledge and approval of then-President Franjo Tuđman.

At the time of the aggression, the Velebit Sector of Artillery was the Kosovo Albanian, Agim Čeku, who until 1991 was a JNA officer, most of whose civilians were the most affected by indiscriminate shelling in the depths of the Benkovac and Obrovac municipalities.

TheSrpskaTimes - 13.09.2021
0
The Council of the European Union (EU) has updated the list of countries for which travel restrictions to EU countries should be lifted with the possession of evidence...

New School year begins Today in most Parts of Bosnia and...