Russian President Vladimir Putin will be on an all-day official visit to Serbia this Thursday, hosted by Serbian President Aleksandar Vucic.

After he is welcomed at Belgrade’s Nikola Tesla Airport, the Russian leader will take part in a wreath-laying ceremony at the Cemetery of the Liberators of Belgrade, and at the Monument to the Red Army Soldier in the Serbian capital.

Putin’s visit will then proceed as follows (all times CET):

12:45 – Official welcome in front of the Palace of Serbia

14:05 – Plenary meeting between the delegations of the Republic of Serbia and the Russian Federation

15:00 – Ceremony to exchange signed bilateral agreements, in the presence of the two presidents

15:15 – Putin will present Vucic with the Order of Alexander Nevsky

15:20 – The two president will make statements 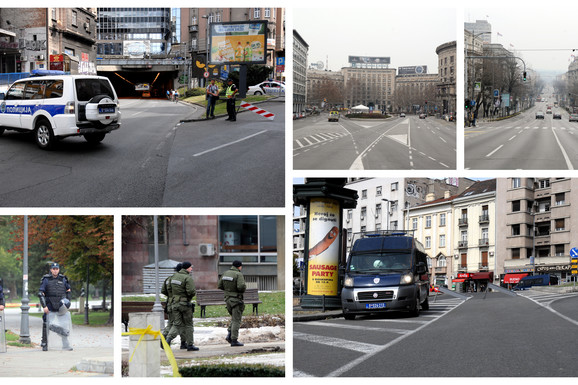 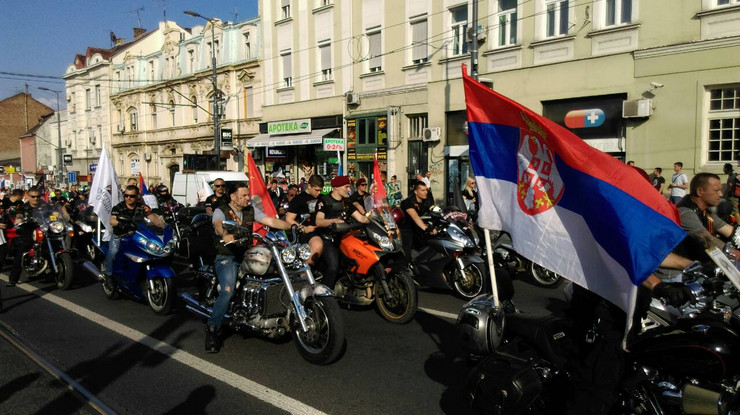 Press in region reporting about Putin’s visit to Serbia

Almost all print and electronic media in the region are reporting this Thursday about the visit of Russian President Vladimir Putin to Serbia.

They are also analyzing the possible topics of discussions in Belgrade today.

Croatian agency Hina writes that the focus of the meeting between the Russian and Serbian presidents, when it come to bilateral topics, will also include “the current situation in the region, primarily the issue of Kosovo, whose independence Russia does not recognize and supports Serbia in the UN and international organizations and institutions.”

It is also stressed that Putin will be welcomed by a large number of citizens in front of the Temple of St. Sava. Hina noted that about 600 domestic and foreign journalists have been accredited to cover the visit – and that Putin will receive a puppy as a present.

The media in Bosnia-Herzegovina also write in detail about the visit, with some are quoting excerpts of the interviews Putin and Vucic gave ahead of it. The Dnevnik website points out that while in Belgrade, Putin will meet Bosnia-Herzegovina Presidency Chairman Milorad Dodik.

Montenegro’s public service had a brief report, which focused on the puppy that President Vucic will gift to his Russian counterpart.

Pristina-based Albanian language media write that the visit will see expansion of cooperation between the two countries, with Gazeta Express noting that as many as 26 agreements will be signed.

Macedonian and Albanian language media are reporting about the details of the activities that the head of the Russian state will have with his host Vucic.

Bulgaria’s national television said that the two presidents will discuss the situation in Kosovo, bilateral economic cooperation and regional issues. The broadcaster pointed out to Putin telling the Serbian press ahead of his trip to Belgrade that the EU should not prevent its member states from receiving Russian gas supplies.

“Vucic for his part said that it would be best if his country joined TurkStream (pipeline) via Bulgaria,” BNT is reporting.

Putin accuses the West of destabilizing the Balkans, Serbia welcomes him: Foreign media on the visit of the Russian president

Putin is leading a powerful delegation visiting Serbia with the aim to “cement” the cooperation with Serbia that wants to join the European Union – the BBC reported.

Russian President Vladimir Putin warns the West on the Balkans, while Serbia prepares a luxurious welcome for him, writes the British BBC in the wake of Putin’s visit to Belgrade.

Vladimir Putin is coming to Serbia today: The details of the official visit of the President of the Russian Federation (PHOTO) (VIDEO)

Putin is said to be leading a powerful delegation visiting Serbia with the aim to “cement” the cooperation with Serbia that wants to join the European Union.

On the eve of the visit, the British service reminds that Putin has accused some Western countries of “destabilizing” the Balkans.

The text raises a question why Serbia continues to demonstrate its friendship with Russia if they are so determined to join the EU and adds that playing the card of relationship with Moscow it only appeals to the conservative – nationalistic support to president Vucic and Serbian Progressive Party.

Foto: Tanjug/Rade Prelic
That also emphasizes the Slovenian, Orthodox Christian character of the country, although the road of Serbia is towards the West, added in the text.

It also helps Vucic to claim that the politics which brings Serbia closer to the EU membership, like the normalization of relationships with Kosovo, isn’t imposed by Brussels, but that it is a rational choice to improve the life of citizens, states the BBC.

BBC considers that the arrival of Putin at Serbia warts the EU that they shouldn’t take the loyalty of Serbia lightly.

On the other hand, Vladimir Putin will undoubtedly enjoy the unease of Western diplomats as they see the leading candidate for EU membership roll out the red carpet, concludes the BBC.